* Instead, as the global coronavirus pandemic has stymied overseas travel, the family, like other South Koreans, has turned to a new and extreme form of staycation 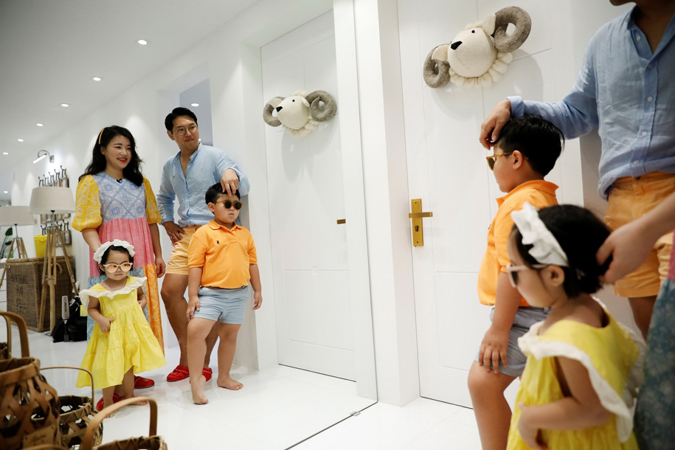 This time last year Yoon Seok-min, his wife Kim Hyo-jung and their two children were holidaying in the Philippines, Vietnam and Guam.

A trip to Hawaii was on the cards for this summer.

Instead, as the global coronavirus pandemic has stymied overseas travel, the family, like other South Koreans, has turned to a new and extreme form of staycation: transforming their home into their favourite vacation spots.

Now, Kim and Yoon’s five-bedroom apartment in Yongin city, south of Seoul, is decked out with potted palms and rattan furniture, bringing the breezy feel of the tropics indoors.

There are even different locales – the couple’s bedroom is meant to resemble a Bali resort, while the living room has been designed on the lines of Hawaii.

“Since we can’t travel abroad for some time because of the coronavirus, we tried to bring those vacation spots to our home,” Kim said.

Yoon and Kim’s elaborate home makeover cost them at least 80 million won. The couple runs a furniture business, but they are not alone in investing in their home, as social distancing forces people indoors.

Hanssem Co Ltd, South Korea’s largest home furnishing company, said that the number of houses they have refurbished in the second quarter of 2020 tripled from a year earlier, leading to a 172 percent jump in its consolidated operating profit.

“Home-camping”, where people set up camping gear and barbecue at home just as they would in the woods or on the beach, has also become popular in South Korea.

A recent spike in coronavirus cases and a monsoon that has lasted nearly two months, the country’s longest on record, have spurred Che Min-hee and her husband Lee Seung-yoon to convert their Seoul flat into an indoor campsite. They’re now on their second weekend home-camping trip. With folding chairs, picnicware and at least 15 different types of twinkling lanterns, the couple settled in on a rainy Saturday evening to enjoy cooking gambas al ajillo, a Spanish garlic shrimp dish, and pasta on a portable stove.

Now, Kim and Yoon’s five-bedroom apartment in Yongin city, south of Seoul, is decked out with potted palms and rattan furniture, bringing the breezy feel of the tropics indoors

A crackling campfire video streaming behind them on the television gave the scene an atmosphere of authenticity. 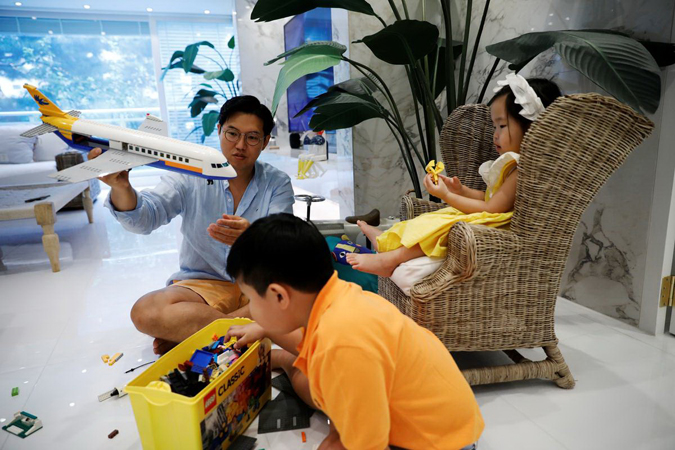 “We were supposed to go on a week-long trip to New York this summer, which we cancelled due to the prolonged coronavirus outbreak,” said Che. “Instead we spent that money on camping gear, which cost us around 10 million won.”

Che and Lee had to wait two to three months to purchase their tents, folding table and stove, as South Koreans, normally among the top ten spenders on tourism globally according to the World Bank, splurged on equipment to make up for missed overseas trips.

South Korea called on people on Monday to avoid leaving home and to cancel any unnecessary trips, as it considers further tightening social distancing rules.

Lee says he fears these moves mean home-camping is the safest summer getaway this year.

The couple’s 7-year-old son Lee Ji-sung is not complaining.

“My friends seem to be just playing games, but it’s really nice that our family is doing something special,” Ji-sung said.

“I think it would also be good if we can draw trees on the wall.”