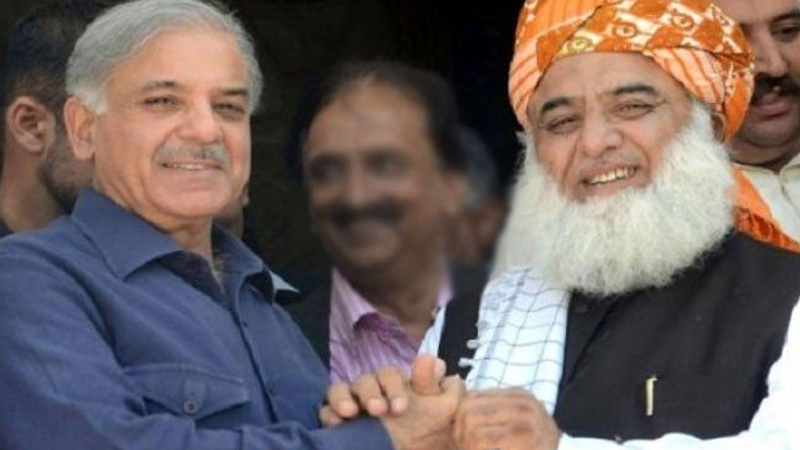 The PML-N president along with Khawaja Asif, Ahsan Iqbal, Khawaja Saad Rafique and Ayaz Sadiq called on the JUI-F chief in Islamabad. During the meeting, the party leaders discussed political matter, including the convening of an all-parties conference (APC) of the opposition.

“We will bring together the political parties in and outside the parliament on one platform,” Fazl told media after the meeting. He said that there is an agreement on the movement against the government but it is necessary to talk about the procedure. “The current political situation demands that we remove mutual reservations,” he said. “The division of the opposition is not in the country’s interest. We had called a meeting of the smaller opposition parties, which has been postponed for a few days due to the death of Mir Hasil Bizenjo,” he added.

PML-N President and Leader of the Opposition in the National Assembly Shehbaz Sharif said a joint course of action will be announced by key opposition parties in the next few days. “We will announce a course of action in a few days,” Shehbaz said. “We had a good conversation [with Fazl] and are in consensus. We will sit together with other opposition parties and take this consultation session forward,” he added.

Earlier, the reports had emerged that Shehbaz had been asked by PML-N supremo and former prime minister Nawaz Sharif to establish contact with Fazl to dispel his apprehensions about unity in the ranks of the opposition. Reports said Shehbaz was also in touch with the PPP leadership.