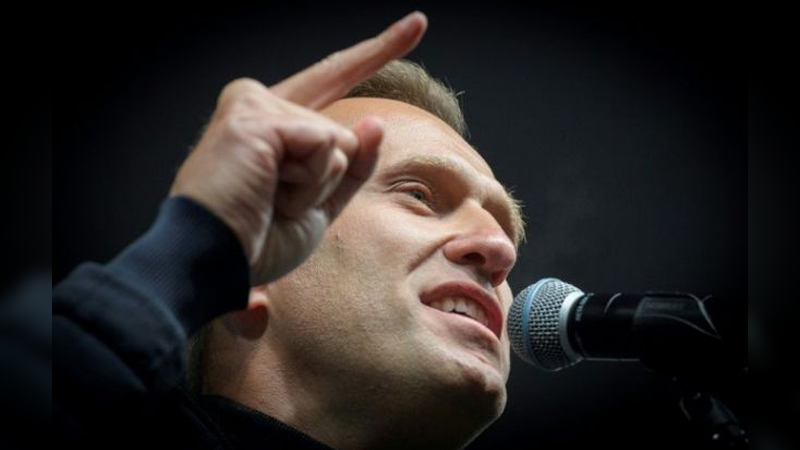 The Kremlin on Tuesday accused German medics of being too hasty after they said tests on Russian opposition leader Alexei Navalny indicated he had been poisoned.

The 44-year-old Navalny, who is one of the fiercest critics of President Vladimir Putin, is being treated at Berlin’s Charite hospital after falling ill on a flight in Siberia last Thursday.

He was treated for two days in a hospital in Siberia before being transferred to Germany.

His supporters claim he was poisoned by something in his cup of tea at a Siberian airport before taking a flight to Moscow, pointing the finger of blame at Putin.

The German clinic said Monday that clinical tests “indicate poisoning with a substance from the group of cholinesterase inhibitors,” substances that are used in nerve agents as well as some medicines and insecticides.

Kremlin spokesman Dmitry Peskov claimed that Russian medics had diagnosed Navalny’s condition in a similar way to German doctors but did not know what caused it.

“The medical analysis of our doctors and the German ones absolutely matches. But the conclusions differ. We don’t understand why our German colleagues are in such a hurry. The substance hasn’t yet been established,” he told journalists.

‘Lot of other versions’

He cast doubt on the German government’s statement that it was “fairly likely” that Navalny was poisoned, saying there could be another cause for his illness.

“We can only partially agree… There is a likelihood of something else too.”

Asked whether he believed that Navalny had been poisoned for his political activities, Peskov said: “We can’t consider anything because we don’t know whether this was a poisoning.” He acknowledged this was a possibility, saying that poisoning “can be seen as one of the versions, but there are a lot of other medical versions”.

Peskov said Russian medics at the hospital in the Siberian city of Omsk had detected a low level of the cholinesterase enzyme and treated Navalny with the antidote atropine, as the German medics are doing.

This comes after the chief toxicologist at the Omsk hospital, Alexander Sabayev, said on Monday that Navalny tested negative for cholinesterase inhibitors.

The Russian doctors earlier suggested that Navalny had a “metabolic disorder” and low blood sugar.

Russia has not opened a criminal investigation into the poisoning and Peskov said that until the substance that caused Navalny’s condition was identified, there were no grounds for such a move.