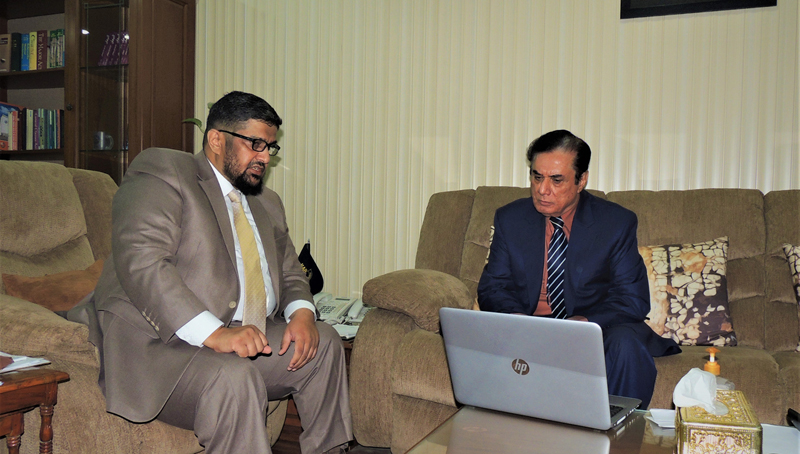 Chairman NAB reviewed the commitment that there is no let-up for corruption and corrupt elements. While, eradication of Corruption from Motherland is the prime job of NAB and the Bureau strives to contribute in the progress of Country. He said that NAB is a prime National Investigation Agency and it has nothing to do with politics, although, NAB Officers and Officials’ commitment and dedication is for the Nation and Country.

He further stated that it is NAB’s resolve to bring all corrupt elements and their Cases to logical end and also recover every single looted penny from such corrupt elements. He maintained that NAB has, so far, recovered a hefty amount to the tune of Rs466 Billion from corrupt elements in different corruption Scandals and the same has been submitted into govt exchequer. While issuing instructions to Investigation and Prosecution Wing officials of the Regional Bureau, Chairman NAB emphasized that all corruption scandals to be pursued in accordance with the law. He also re-affirmed his commitment that the corrupt elements to be tackled with iron hands. He also instructed for strict actions against law violators and their facilitators.