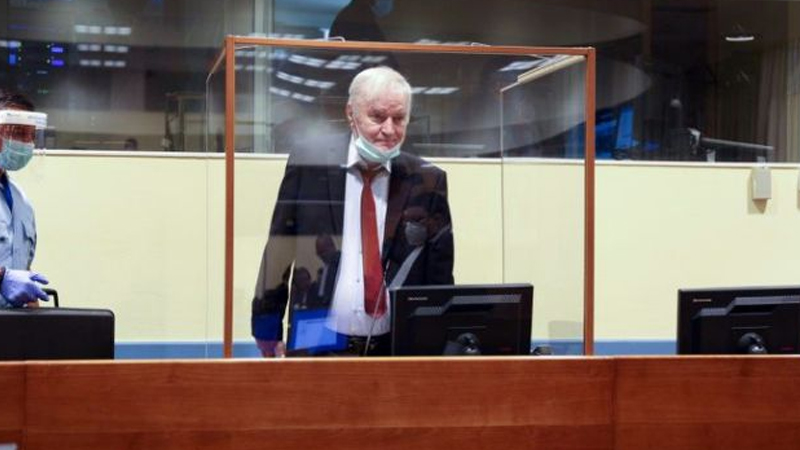 Lawyers for Bosnian Serb military chief Ratko Mladic told a UN court on Tuesday that he was at risk of a “miscarriage of justice” because he was mentally unfit to take part in an appeal hearing against his genocide conviction. Dubbed the “Butcher of Bosnia”, the 78-year-old Mladic has challenged his 2017 conviction and life sentence for genocide, crimes against humanity and war crimes in the civil war in the former Yugoslavia, including the 1995 Srebrenica massacre. But Mladic’s lawyers said they were taking part under protest as the two-day hearing got underway in The Hague, after judges earlier this week rejected a bid to postpone it pending a fresh medical assessment. A frail-looking Mladic appeared in court wearing a mask because of coronavirus regulations, which he later removed. Wearing a suit with his red tie askew, he initially complained that he could not follow the hearing through headphones.