Delta set to furlough over 1,900 pilots in October 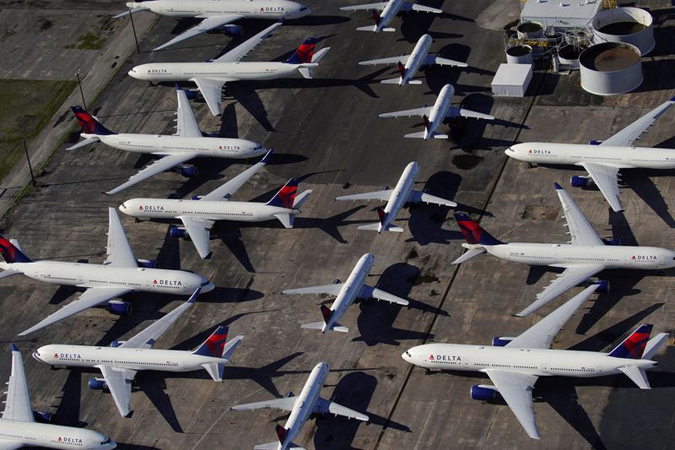 Delta Air Lines is set to furlough 1,941 pilots in October, the carrier said in a memo to employees on Monday that noted the fallout from the COVID-19 pandemic and plunging air travel demand.

US airlines have warned they will need to furlough tens of thousands of workers once $25 billion in US government stimulus funds run out in September. The aid, which covered employees’ pay, was meant to help them weather the pandemic and preserve jobs until a recovery, but travel remains depressed.

“We are six months into this pandemic and only 25% of our revenues have been recovered. Unfortunately, we see few catalysts over the next six months to meaningful change this trajectory,” Delta’s head of flight operations John Laughter said in the memo.

He said the airline is “simply overstaffed.”

Atlanta-based Delta had originally estimated a surplus of 2,558 pilots but reduced the number of involuntary furloughs following early retirement and voluntary departure programs, a spokeswoman said.

But there were still roughly 11,200 active pilots on Delta’s roster, Laughter said, with only about 9,450 needed for the summer 2021 schedule, which the carrier expects will be the peak flying period for the next 12-18 months.

The Air Line Pilots Association, which represents Delta’s pilots, said it was “extremely disappointed” in the decision.

Pilots are the only unionized work group at Delta, which last month said furloughs could be avoided if pilots agreed to a 15% cut to minimum pay.

US airline unions, however, have been reluctant to negotiate pay cuts, having only recently recouped wages lost after the 2001 Sept. 11 attacks and a string of bankruptcies and mergers that followed.

Peers such as American Airlines have said they are trying to keep as many pilots as possible on board due to the costly and timely training required to bring them back in a recovery.

Airlines and unions have been lobbying Washington to extend another $25 billion in aid to protect jobs through March, but talks are at a standstill. Delta also announced on Monday the retirement of Chief Operating Officer Gil West, who helped lead the integration of Delta and Northwest after joining the company in 2008.