The district administration in Mansehra has sealed at least 48 hotels in Shogran, Naran and Kaghan after several staff members of different hotels were diagnosed with the novel coronavirus on Sunday, August 2020. 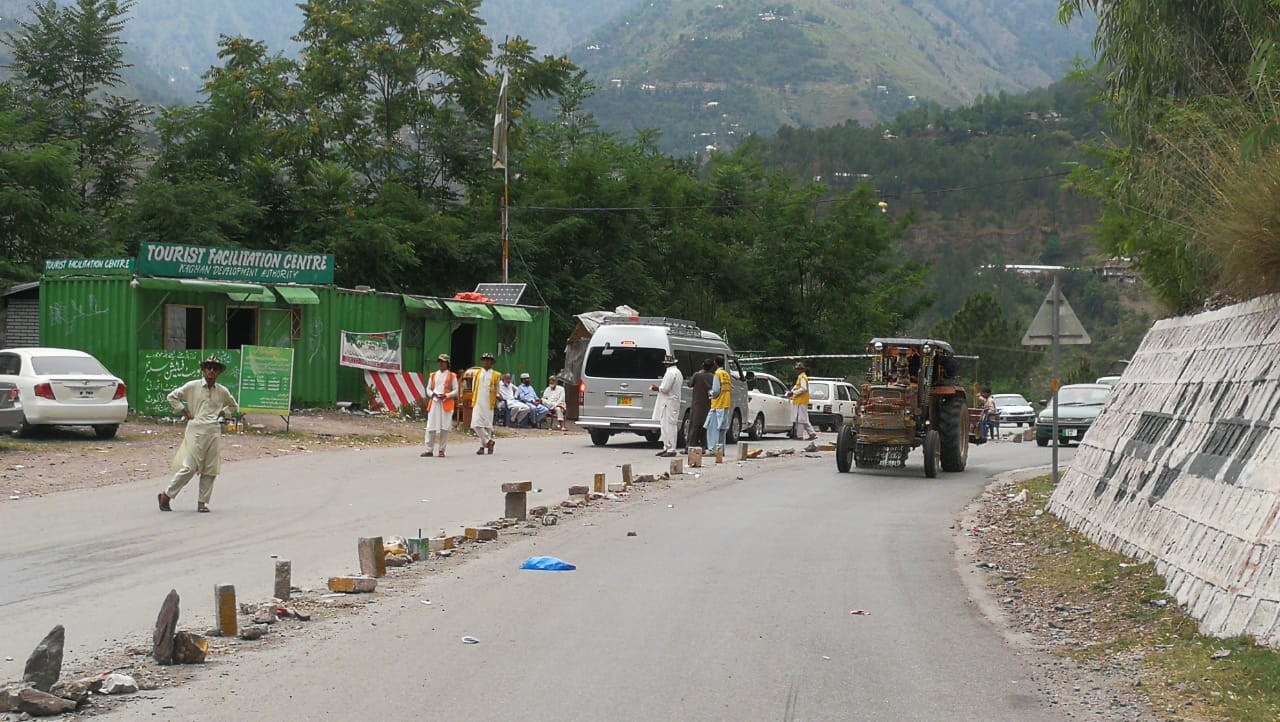 The Kaghan Development Authority and district administration had tested several staffers at various hotels as a precautionary measure and some of them tested positive. However, smart lockdown has been imposed in Naran Kaghan and Shogran in areas when the hotels are located.

Maqbool Hussain, Mansehra’s additional deputy commissioner, told media that the health department had reported at least 47 new cases of coronavirus at private hotels. The decision to seal hotels was aimed at containing the spread of the virus. However, the government of Khyber Pakhtunkhwa has not decided to impose any kind of ban in tourist hotspots in the province.

After the government lifted Covid-19 restrictions across Pakistan, a report by the KP tourism department figure out that the total of 372 new cases were reported from Haraza division in 12 days, as compared to 137 cases during the 12 days before restrictions were eased. However, 1,000 tourists were tested out of these, 25 had tested positive for Covid-19 during the last one week

Before opening of tourism, the government has issued Standard Operating Procedure (SOPs) for Tourism and Hospitality sector urging strict adherence to the implementation of safety measures to the core. They are also warned travel enthusiasts to make sure to follow the safety measures and tourism related SOPs to avoid resurgence of coronavirus cases

According to the notification makes it mandatory for visitors to use face masks at all times while visiting parks, museums, historical, and other recreational sites. Moreover, all visitors will be checked for their body temperatures at the entry points to these sites.

Moreover, banners and posters carrying the precautionary steps will be placed on all such premises. While standing in the queues, it will be mandatory for visitors to maintain a safe distance of at least a meter. Only one visitor at a time will be allowed to stand at booths for purchasing tickets, and there would be a ban on huddling up at the counter.

The notification explains that Visitors using washrooms at the recreational sites will be provided with medicated soap. It has been instructed to use disposable cups or glasses for any food and drinks. Further, the staff at these sites will have to undergo a brief medical exam before joining duties for the day and only the fit workers will be assigned duties.

The notification read that staff must be aware of all precautionary guidelines as well. However, for the chairlift, the government has established three additional booths while seats adjacent to elders in all rides and chairlifts will be kept empty as they are prone to contracting the virus.

After the government lift ban on tourism across the country, figures released by KP’s Tourism Department, as many as 6,27,995 tourists visited Khyber Pakhtunkhwa between August 13 to August 21. As per break, 3,56,400 visitors reached Swat, 65,350 Mansehra, 9,800 tourists reached Lower Chittral and 3,460 visited picnic points in Lower Dir to refresh themselves

Since, the Pakistan Tehreek i Insaaf (PTI) came into power, they have been promising that they would transform Pakistan into the hottest tourist attraction in all of Asia. According to initial claims of the government, one trillion rupees were going to be added to Pakistan’s economy by 2025 through tourism alone. Aim to boost the tourism industry in the country, the second time led PTI government in the province has decided to transform small dams into picnic points. Initially, the government has begun to transform five dams into picnic points for the masses.

According to the details, Kundar Dam in Swabi, Jalozai Dam Nowshera, Thand Dam Kohat, Chattri Dam Haripur and Jhangra Dam Abbottabad are being made as picnic points. However, in newly developed areas, government will provide facilities of parking, restaurants, open cooking, solar system, spot fishing and others will be provided to the visitors at the aforementioned sites.

Before COVID 19 pandemic, the northern province of Khyber Pakhtunkhwa (KP) has seen the volume of tourism rise by nearly ten times from Rs 86.23 million in 2012 to Rs 791 million in 2018/19. Numbers provided by the Pakistan Tourism and Development Corporation (PTDC) showed that foreign tourists were also frequenting Pakistan more than before. In 2016, 9161 foreign tourists visited Pakistan, while in 2018, the number of tourists had increased to 17,823 and in 2019 these figures were 24,487

On talking to the Bilal Hameed, who is a tracker and tourism expert of Pakistan. He is running tourism group on the name of “The Karakorum Club” to promote tourism across Pakistan. When connected to Bilal Hameed on Phone, he throws light on the tourism in Pakistan during Corona pandemic said that Tourism is a significant part of many national economies, and the immediate and immense shock to the tourism sector resulting from the coronavirus pandemic is affecting the wider economy.

He mentioned that as governments around the world have introduced unprecedented measures to contain the virus, restrictions on travel, business operations and people-to-people interactions have brought the tourism economy to a standstill. He further explained that Many countries are now entering a new phase in fighting the virus while at the same time managing the re-opening of the tourism economy, Hameed added.

Furthermore, he is hoping for reinstate the industry said that this is a complex and challenging task, and quantifying the impact on the tourism economy is difficult. He said that Five months into the crisis, the situation continues to evolve and the outlook remains uncertain. Recovery is now expected to start later and be slower than previously foreseen, Hameed concluded.

Recently, government figure out that from March 2020 to July 2020, the KP tourism sector has incurred a loss of Rs12 billion while 56,000 people sack from their jobs due to coronavirus lockdowns and closure of tourism industry across Pakistan. However, after the government announced the reopening of tourism sector, more than 50,000 vehicles carrying an estimated 200,000 local tourists have arrived in the Galiyat area in a single day