Coronavirus spirals down in Pakistan but at a hefty price

The coronavirus has wrapped the whole world into its claws. With schools and universities being shut since six months, life has become mundane for students and parents. Jobs are now being switched from going to office to working from home.

People who are affected with coronavirus are in isolation as their family members being in a constant state of worry and shock try to decipher the “new normal”. People are trying to untangle the coronavirus situation by following Standard Operating Procedures (SOPs) in the hope of avoiding a second wave.

According to Government of Pakistan’s official portal, covid,gov.pk, there have been 8 deaths out of the overall 6,082 deaths all across Pakistan in the last 24 hours dated 9th August, 2020. 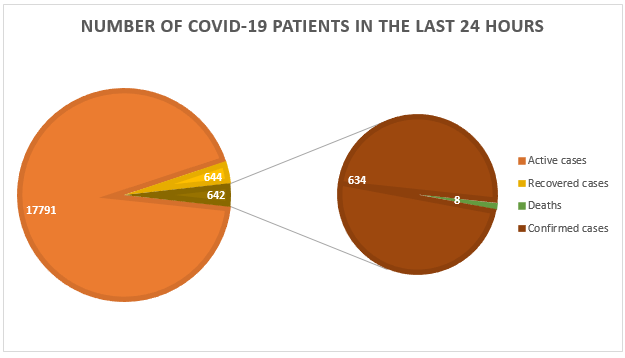 On 26th July the total number of active cases in Pakistan were 27,421 and after two weeks on 9th August, the cases have dramatically fallen to 17,791 cases.

Pakistan has been grouped by World Health Organization (WHO) in the top 10 countries with the fastest growing COVID-19 cases. Prime Minister Imran Khan without thinking of the consequences eased the lockdown restrictions which has played a great role in spiking the coronavirus cases in the earlier months. 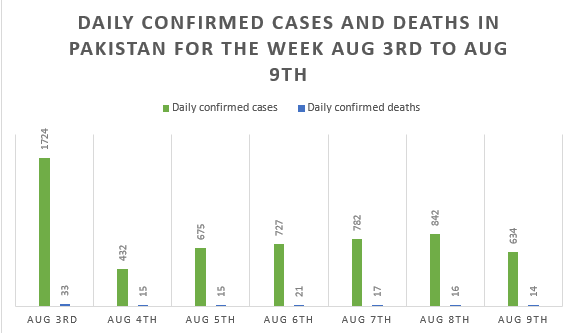 According to federal minister Asad Umar, there has been a 60% decrease in the positivity rate. With diminishing new cases along with descend in testing, there is a correlation between the two and is believed to be the reason of the falling in the number of new cases.

Umar has dismissed such claims by determining that if positivity rate was same such as 22% in mid-June, the 24,262 tests conducted on 14th July would have resulted in 5500 cases which actually were in fact 2145.

A trip down memory lane

A nationwide lockdown was imposed on April 1st in Pakistan after it was announced that there were 2039 confirmed cases. After extending the lockdown twice, the government of Pakistan decided that it was difficult for people who were from socially and economically compromised backgrounds to fend for themselves thus a “smart lockdown” was put in place.

In this situation only areas which had high chances of the spreading of the coronavirus through contact tracing were enforced specifically to follow strict protocols. After the lockdown ended on May 9th, Pakistan’s number of cases rose by almost 14 times compared to pre-lockdown.

Since June 18th a downward trend has been seen in the positivity rate even though it did rise but as the lockdown came to an end, the curve began to flatten.

The number of coronavirus tests conducted across Pakistan may spark a debate of being too less with the positivity rate declining with time, it is a curse and a blessing as decreased testing may not actually mean the COVID-19 is on a downward trend. The testing capacity across Pakistan has gone down with time which can be blamed on the government as it may only be to decrease the total number of confirmed cases. 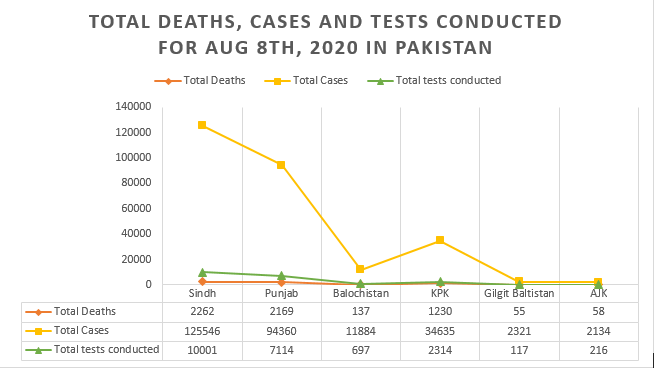 According to Sindh government spokesperson Murtaza Wahab, the testing capacity of Sindh is double compared to the other provinces of Pakistan. On 20th June, Punjab decreased the number of tests conducted from 10,188 to almost 7000 daily by mid-July which has consequently decreased the positivity ratio from 23% on 1st June to 10% on July 6th.

Balochistan just has five testing centers that can just direct 2,220 tests, however now that also has dropped. With Gilgit Baltistan and Azad Kashmir, they have three labs each with testing limit of 360 and 376 separately. Be that as it may, this has now dropped to 53 and 326 tests for each day.

In conclusion, the decline in confirmed cases across Pakistan may not be given credit just yet as people may be following strict SOPs and protocols, it is not to be the sole reason of the downward trend. Initiation of smart lockdown might be the reason of declining cases but we must also take in account the number of tests carried out which are abysmal.