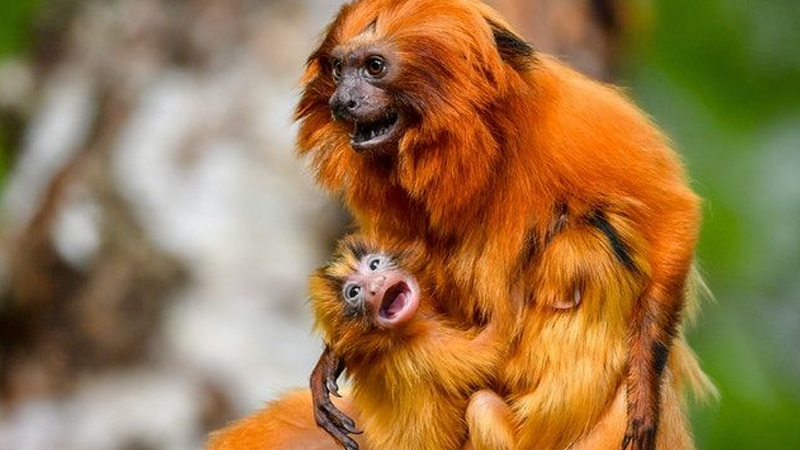 Twin golden lion tamarins have been born at a UK zoo – helping an international effort to safeguard the future of their species.

The tiny babies, who weigh just 50g each, arrived on one of the hottest nights of the year when temperatures remained at more than 20C.

But the pair, who live with their mother Missy and father Dourado at Bristol Zoo, are thriving.

She said the other grown-up golden lion tamarins in the six-strong group were taking turns to help look after the new arrivals.

“They are helping to carry them around and take them back to their mum when they want to feed. It’s good experience for them all.”

Missy has given birth to twins four times, but this is the first pair where both infants have survived.

Ms Ratnayake said: “She has been nibbling their tails, but this is quite common behaviour for golden lion tamarins.”

The birth is important because the twins are part of a vital European breeding programme to help protect the species.

It will be some time before keepers at the zoo are able to tell the sex of the babies, and a year before they are fully grown.

They are currently just 10cm (4ins) long, including their tails.

Golden lion tamarins are named after their miniature lion-like manes and live in trees foraging on invertebrates and fruits. They also eat tree sap.