The millennials are born during a time when the miracles of modern science and technology enveloped their lifestyles. They are now living with smartphones, data packages, wifi, and online shopping. They have also adjusted swiftly to the online classroom setting that has become a global norm during the Covid-19 pandemic. The millennial generation is the one that opened its eyes when digital media was escalating and evolving. Today, these millennials are envisioning working in the digital media industry. They also aspire to have a tech-based entrepreneurial setup.

Looking at the generations that preceded the millennial, we see a visible trend. The generation born during the 1970s and late 1990s is perhaps more attuned to the world and its affairs. They include the Xennials (1975 to 1985) and Generation X (1965 to 1980). They are also more accustomed to knowing what they want in life. There are several reasons for this statement. First, the people born during the 1970s to late 1990s saw the rise of electronics and gadgets needed for entertainment and communication. These included Walkman, walkie-talkie, snail mail, landline telephones, and the primitive form of cell phones. Back in those days, communication channels and methods were not random and swift as of today. They were more focused and slow. If two people needed to meet, they would inform their plans over the landline telephone and then wait for the meeting time. Today, we are constantly in touch with each other and even share our live location on WhatsApp. This has eliminated the joy of meeting someone as we are constantly in touch with our friends and family.

Second, people from the 1970s to the late 1990s are still attuned to performing manual work. During these days, all of the personal and professional work was completed manually. Students maintained classroom notes in copies and submitted assignments on paper. Professionals compiled information for reports in hardcopies and held face-to-face meetings without the use of multimedia or gadgets. At schools and home, children would engage in painting, coloring, and sketching along with making objects with plasticine. This developed their creativity and imagination. Moreover, playing with toys was also regarded as a healthy activity. Today, the smartphone attracts the attention of toddlers while children from the ages of five to eleven tend to spend more time using digital gadgets and playing video games. Although playing video games enhances cognitive skills, reflexes, and decision-making skills, they are not alternate to physical activities such as reading, writing, painting, or sculpting. 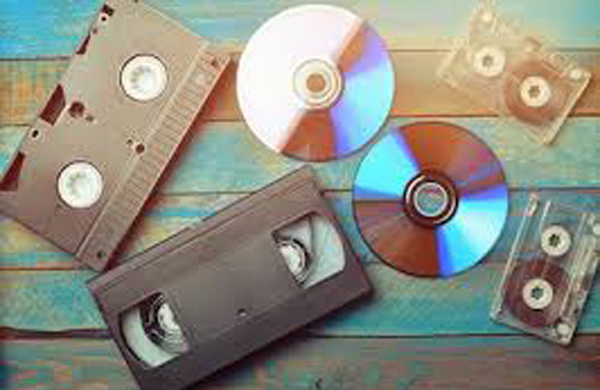 The generation preceding the millennials witnessed the emergence and rise of VCRs, fax (facsimile), personal computers, portable video recorders, compact discs (CDs), CD Burners, floppy disks, music stereo system, and video phones. They also saw most of these gadgets and tools going obsolete. The generation of today has no idea what is a floppy desk and how to use CD burning software. It is because they are using USB storage devices or using cloud storage. WeTransfer is one popular online tool that lets you transfer heavy files that were once an impossibility to do so even if you did have a USB storage device. Moreover, for entertainment purposes, VCRs are more of a vintage device than the Walkman and even CDs and DVDs. People watch series and movies on Netflix as the norm of watching television is slowly fading away. Looking at the equipment used by Xennials and Generation X we see that it required manual work to activate such equipment including fax, CDs, DVDs, music stereo systems, etc. Today, while most devices are plug and play, they are also voice-activated.

Xennials and Generation X also had ample time to spend by themselves or with family and friends. They enjoyed living in the present and discussing life and career. Technology, however, has made time move fast. Moreover, the more we are staying connected online, the fewer times we make an effort to meet in the physical world. The generation of today is more about digital technology, social media, engagement rate, viral videos, and binge-watching web series. Xennials and Generation X, on the other hand, were more about spending quality peaceful time with meaningful conversations.