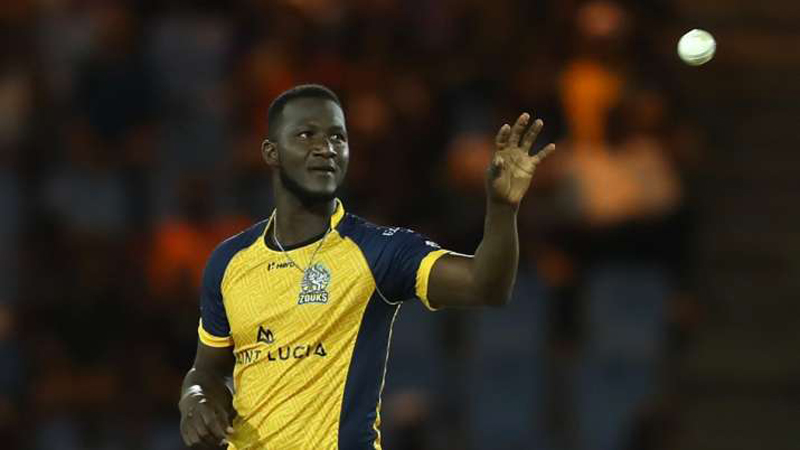 BARBADOS: Darren Sammy on Sunday became only the second player to register 100 wins as a captain in T20 cricket after former India captain MS Dhoni. Sammy achieved the feat when he led St Lucia Zouks to a close victory against the Guyana Amazon Warriors in the ongoing Caribbean Premier League (CPL). Nicholas Pooran and Sherfane Rutherford threatened to win the match for the Guyana Amazon Warriors at times, but ultimately the Zouks prevailed in a low-scoring thriller at the Brian Lara Cricket Stadium in Tarouba.

Dhoni’s overall record –––- 160 wins in 270 matches –––- remains some way off being beaten just yet. By contrast, Sammy has won 100 out of 200 matches that he’s been at the helm. Sammy’s 100 wins were amassed playing for a number of teams – the St Lucia native has captained the side in the CPL besides also leading Peshawar Zalmi, Rajshahi Kings, Sunrisers Hyderabad, Titans, West Indians, West Indies, West Indies XI and Windward Islands. By contrast, Dhoni’s 160 wins came largely while captaining the Indian cricket team and Chennai Super Kings, while also having a two-year stint with Rising Pune Supergiant. The only other player to come close to the 100-win mark as T20 captain is Gautam Gambhir, who has won 98 out of the 170 matches in which he led a side. Gambhir’s wins came while captaining Delhi’s state side while also leading the Delhi Daredevils (later Capitals) and most notably Kolkata Knight Riders, whom he led to two IPL titles in 2012 and 2014.