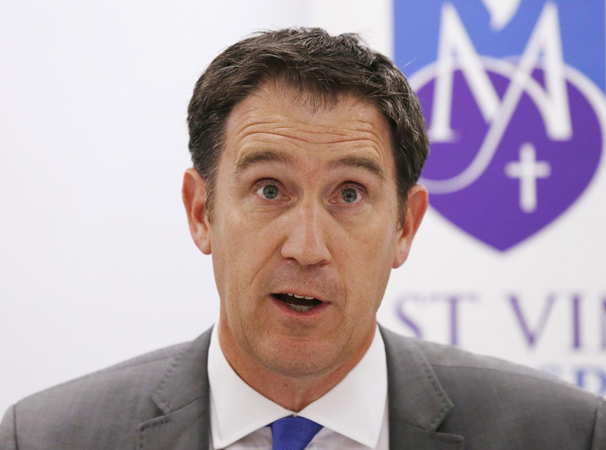 SYDNEY: Golf Australia appointed James Sutherland as its new chief executive on Monday, looking to the long-serving former national cricket head to revive a sport long on pedigree but struggling in an increasingly competitive environment. Sutherland, chief executive at Cricket Australia for 17 years until late 2018, replaces Stephen Pitt, who resigned in February after 11 years in the job. “James has a resume that is long and distinguished and I’m delighted that golf will be able to tap into his vast knowledge and resources as we push into a new era,” Golf Australia Chairman Andrew Newbold said in a statement.
“One of the things that stands out to me was when I saw the (Melbourne Cricket Ground) filled with almost 100,000 people to watch the final of the Women’s T20 World Cup this year, then contemplated the switch and modernising of goals and attitudes to have achieved that objective. He knows what excellent and elite look like, and I can’t wait for him to impart his vision on the broader golf industry.” Australia has some 1,500 golf courses, including some of the finest in the world, around the nation and has produced 11 men’s major winners over the years, from Peter Thomson through Greg Norman to, most recently, Jason Day. In the women’s game, Karrie Webb won the last of her seven majors in 2006 while Hannah Green is the country’s most recent major champion, winning last year’s Women’s PGA Championship. With the major U.S. and European Tours moving ever further afield from their heartlands and now playing almost year-round seasons, however, Golf Australia has increasingly struggled for profile and to attract big names to its marquee tournaments.