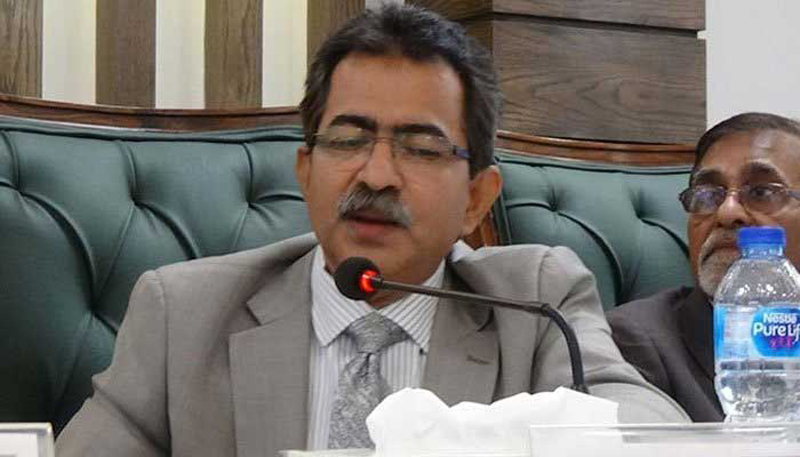 During the hearing, Justice Muhammad Karim Khan Agha remarked that the LG secretary and nine others were involved in illegal land allotment and misused their powers as government employees. This has inflicted heavy loss to the national exchequer, he added.

The judge refused to further conduct proceedings on the bail petitions filed by the accused, saying that he had already rejected them and directed the authorities to arrest the LG secretary. Following the orders, a five-member team of NAB arrived at court and detained Roshan Sheikh, who avoided the arrest for four hours by not coming out of the courtroom.

It is to be mentioned here that Roshan Sheikh had requested the court to delay his NAB custody in the case for seven days.

During the hearing, NAB’s counsel requested the court to defer the indictment as more evidence has been gathered against Shah and others. Accepting NAB’s request, the court adjourned the hearing of the case till September 8.

Talking to newsmen, Shah said that the NAB has failed to register reference against him despite the passage of 12 months and vowed to fight corruption charges levelled against him.

The National Accountability Bureau (NAB) had also nominated two wives, two sons and son-in-law of Khursheed Shah in the reference.

It is pertinent to mention here that the anti-graft watchdog had filed assets beyond means reference of Rs 1.23 billion against Syed Khursheed Shah and 17 co-accused.

The hearing of rental power reference against former prime minister Raja Pervez Ashraf and others has again been adjourned without proceedings in Accountability Court (AC) .

Being the judge of AC on leave, the hearing on the reference was adjourned till September 10th without proceeding.