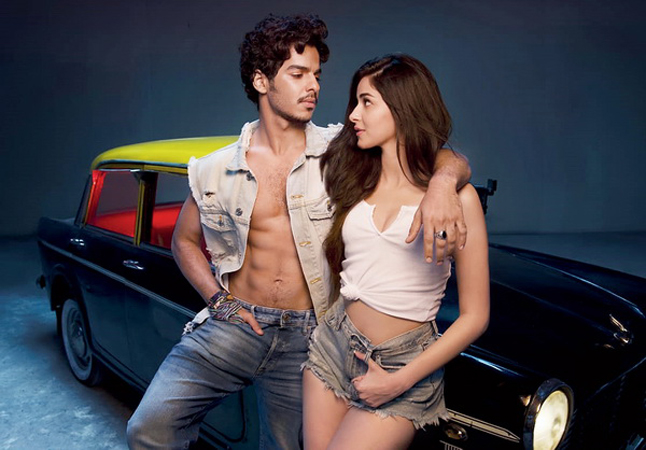 Makers of Ishaan Khatter and Ananya Panday`s upcoming film – `Khaali Peeli` – on Monday dropped an action-packed teaser of the film.

The teaser of the film begins with a policeman sending out an alert of a boy and a girl having escaped in a black and yellow taxi numbered 6969 after creating a ruckus.

The nearly 1.5-minute-long teaser then sees Khatter running way with Panday with a bag of cash and some jewellery in their taxi. While Ishaan has been introduced as a half-murder accused in the teaser, Ananya is introduced as a dancer.

Though the reason of the chase in the teaser has not been revealed, the video ends with Ananya asking Ishaan about their plan of action to deal with the problem they were in. Ishan replies by giving Ananya two options of either doing it in the `Sachin Tendulkar way` by shocking bowlers by hitting a boundary or in the `Virendra Sehwag` way in which the two don`t give a damn and just do the thing anyway.

The nearly 1.5-minute-long teaser then sees Khatter running way with Panday with a bag of cash and some jewellery in
their taxi

`Khaali Peeli` went on the floors in September last year and was scheduled for a June 12 release but was delayed due to the shuttering of film theatres. The new release date of the film has not yet been announced.