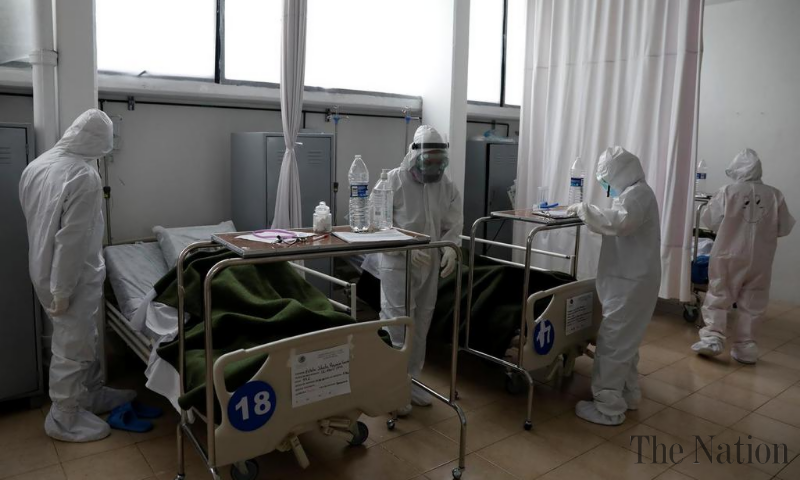 Punjab reported 55 new coronavirus cases over the past 24 hours, taking the total number of confirmed cases across the province to 96,233.

According to Punjab Primary and Secondary Healthcare Department, no death related to the contagion was reported in the province for the third straight day.

The tally of recoveries has reached 276,829 after the recovery of 993 patients over the last twenty-four hours. There are now 10,188 active Covid-19 cases in the country, said NCOC.

A total of 1,163 patients are under treatment at 735 hospitals across the country, 115 of whom are struggling for their lives on ventilators. More than 2.4 million tests have been conducted thus far.

The NCOC stated that there are no patients on ventilators in Balochistan and Azad Jammu and Kashmir. Out of 1,920 ventilators in the country, 121 are occupied.

Meanwhile, more than 23.1 million people have been diagnosed with Covid-19 around the world, and more than 14.91 million have recovered. At least 804,400 people have died, according to Johns Hopkins University.

India has had the highest number of daily new cases in the world for the last 18 days, with over 50,000 new cases every day. India’s coronavirus tally crossed the 3 million case mark, the country’s health ministry said, just 16 days after the number of cases surpassed 2 million.

An update released by the health ministry showed the death toll stands at 56,706. In the last 24 hours, the country recorded close to 70,000 new cases. The ministry figures show the western state of Maharashtra reported the highest number of cases in the country.

Meanwhile, the government of Punjab Sunday reported zero deaths due to Covid-19 for the second consecutive day, while the number of total active cases in the province stands at 2,840.

According to official figures released by Punjab’s Primary and Secondary Healthcare Department, 121 new Covid-19 cases surfaced over the past 24 hours, taking the total number of confirmed cases across the province to 96,178.