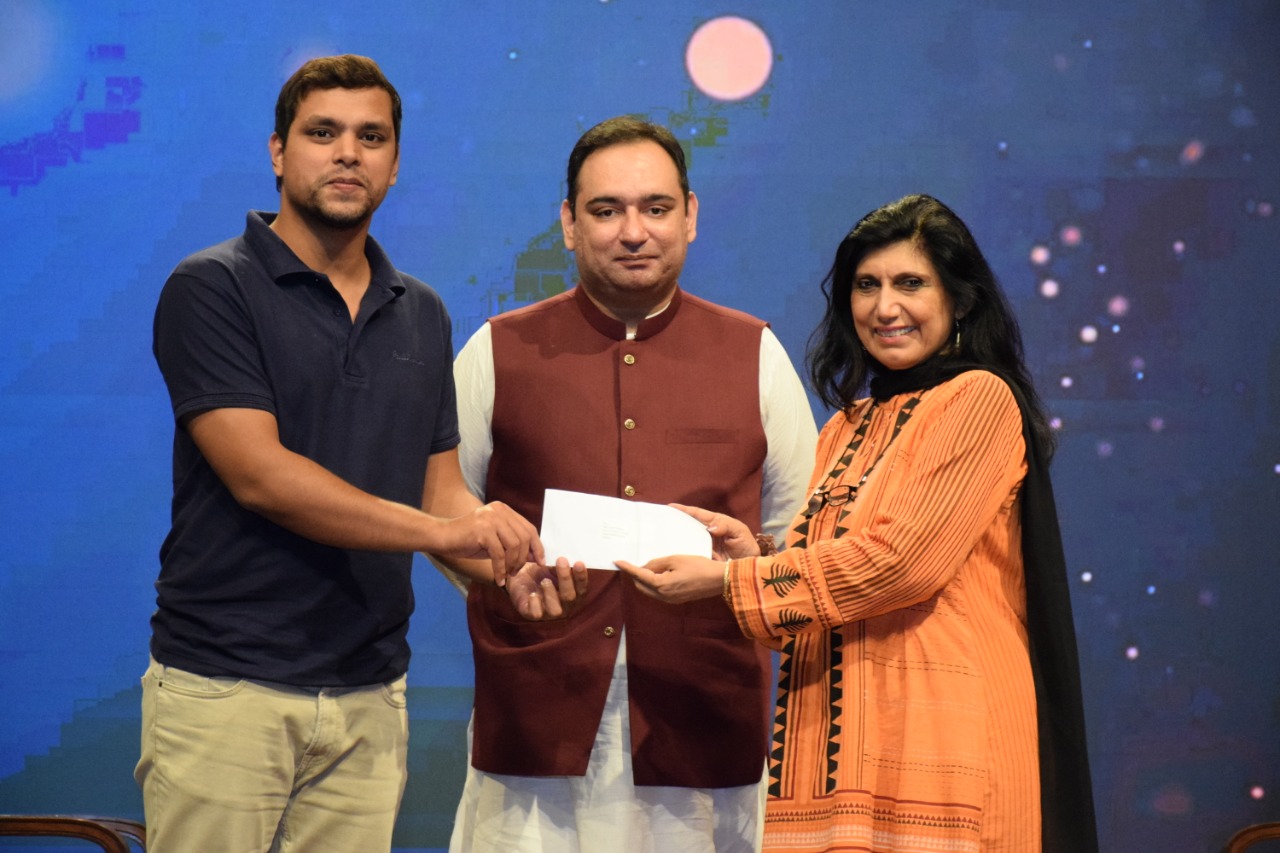 Pakistan National Council of the Arts organized an open contest of short films. The contestants from all across Pakistan sent short videos reflecting the various aspects of the diverse Pakistani culture. This contest was aimed to motivate the young generation towards the celebration of Independence day during these critical times and creating innovative stuff in this regard. To appreciate the position holders and pay them a little token of appreciation from PNCA a program was organized at PNCA under hosting of renowned anchor persons Mr Sehzad Khan and Ms. Shiza Hashmi.

Mr Zaheer Zaufran got 3rd position for his video named “Yeh mera Pakistan”. Mr Ahmad Abbas secured 2nd position for his video titled “Wafa us ki”. First prize of this esteemed event was given to Mr Omar Nafees for his beautiful short film named “Phurr”. The winners elaborated their film making process and gave an overview about the difficulties they confronted along with the challenges faced by the emerging filmmakers in Pakistan. They also showed gratitude towards PNCA for providing them a platform to exhibit their craft on a broader level.

Mr Aijaz Gul in his remarks gave an outlook on the selection process and provided some value able tips to the young award holders regarding editing and content selection. He also told the hosts about this competition and how difficult was it to choose the winners out of some really exceptional work. Mr Farooq Qaiser appreciated the craft of young film makers and showed his compliments.

He briefly described the importance of films as an effective medium of commination and how to improve the power of expression keeping in view the fundamentals. He also shared few of his stories regarding interaction with young directors and the amount curiosity they got. Program coordinator Mr Umer Zaka discussed the idea of that competition and the encouraging response from all over the country. He also ensured that PNCA under the patronage of the Director-General Dr Fouzia Saeed will continue these kinds of events and there is a lot more in pipeline.

Upon conclusion, the Director-General PNCA Dr Fouzia Saeed cordially appreciated the participation of all the respected participants for making this event successful. She enlightened the importance of creativity on both individual and collective level, congratulated the award holders for showing some exceptional work. She also gave a brief insight about PNCA’s recent one-year film course and motivated the emerging filmmakers to adopt it in order to improve their craft. She also congratulated Mr Farooq Qaiser for achieving the most prestigious civil award “Sitara e Imtiaz” and showed her regards on behalf of PNCA.