* All hotels in tourist hotspots of Naran, Kaghan and Shogran sealed after staff test positive for COVID-19 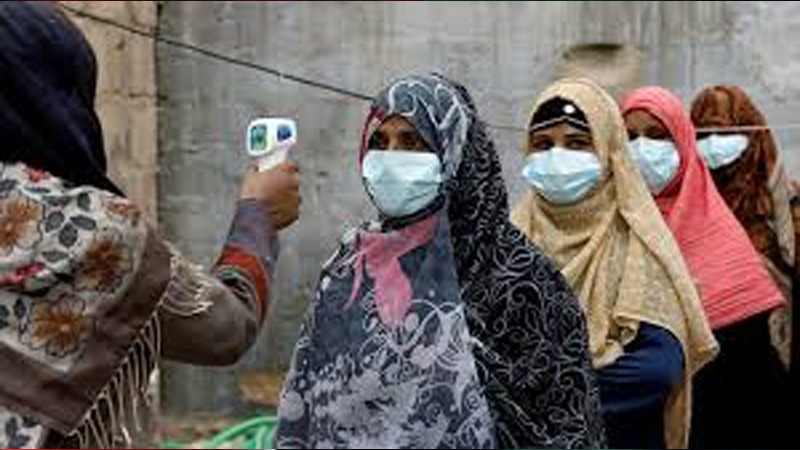 Pakistan has recorded the lowest number of deaths due to COVID-19 in the past 24 hours as only four perished due to deadly virus amid 93.8 percent recovery ratio of total affected patients of Coronavirus.

The National Command and Operation Centre (NCOC) on Sunday issued the latest statistics of COVID-19 deaths, positive cases and recovered patients across the country.

As many as four people have lost their lives due to COVID during last 24 hours. Out of the total deceased 3 died in hospital and one died out of hospital on August 22. Almost 121 ventilators were occupied across Pakistan out of 1920 ventilators allocated for COVID-19.

Around 275,836 people had recovered so far across Pakistan making it a significant count with 93.8 percent recovery ratio of the affected patients. “There is no patient on ventilators in AJK and Balochistan.”

Since the contagion clutched masses across the country around 6,235 deaths were recorded. In Sindh 2,358 people died where one died out of hospital on 22 August.

After tireless strides since the first Coronavirus case reported in the country a total of 2,439,858 tests were conducted so far. Around 735 hospitals were equipped with COVID facilities with 1,173 patients admitted across the country.

Meanwhile, the Mansehra district administration on Sunday sealed all hotels in tourist hotspots Shogran, Naran and Kaghan after several COVID-19 cases were reported among staff working at different hotels.

Following this, it was decided to close down all hotels to curb the spread of the virus, he said. He said 48 hotels, including 22 main businesses and their respective branches, had been sealed at all three tourist spots and the infected patients had been quarantined at the hotels.

He added that arrangements had been made for patients to be quarantined at the hotels by the local health department and officials were in the process of tracing and testing those who had come into contact with the patients.

Hussain did not specify for how long the hotels would remain closed but said that they would not be allowed to open till the situation was brought under control.

Meanwhile, the Kaghan Development Authority (KDA) on Sunday wrote a letter to the Mansehra deputy commissioner, recommending to impose a ‘smart lockdown’ at five hotels and restaurants in Naran after staff tested positive for COVID-19.