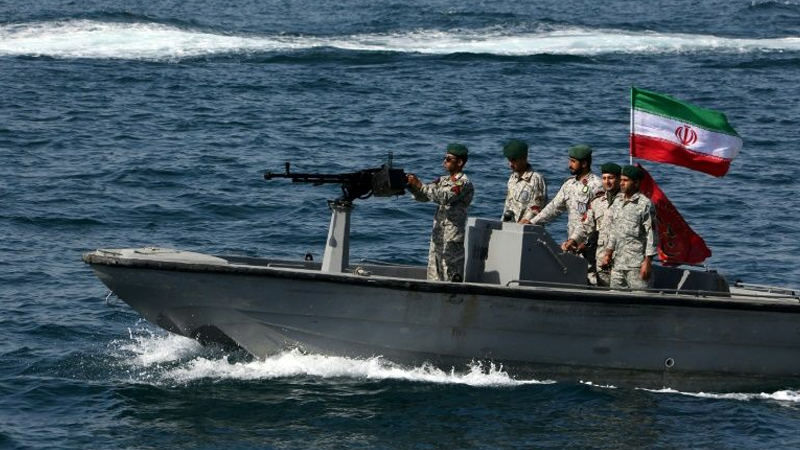 Israel’s landmark deal with the UAE to normalise ties could see businesses from the Jewish state operating on arch-rival Iran’s doorstep, but are unlikely to disturb Emirati economic ties to Iran.

It could also pave the way for direct economic engagement between Israeli and UAE-based Iranian business people that would reap benefits from politics, experts say.

Cinzia Bianco, a research fellow at the European Council on Foreign Relations, said it would be “a while” before Iranians in the UAE come face to face with Israelis.

“It is important to stress here that most Iranians with real ties in the Islamic republic were either expelled or moved away in the past years,” she said.

“Those who remained in Dubai or the UAE in general are the ultra-pragmatic business people, who refuse to get enmeshed in any kind of politics. So some of them view this deal as an opportunity, not a challenge,” she added.

The oil-rich United Arab Emirates was the first Gulf state to establish ties with Israel, in a deal that came amid rising tensions with Iran, accused by its neighbours of fuelling regional instability. Abu Dhabi accuses Tehran of occupying three Emirati islands since 1971, and downgraded ties with Iran in 2016 amid rivalry between UAE ally Saudi Arabia and the Islamic republic, which is also targeted by painful US economic sanctions. Despite tensions, the UAE and Iran, which lie 70 kilometres (44 miles) apart across the strategic Strait of Hormuz, have maintained diplomatic exchanges and crucially protected their economic ties, generating billions for both sides.

“Tehran is not in a position to forego its economic ties with any country — especially not the UAE which is practically next door,” said Ellen R. Wald, a senior fellow at the Atlantic Council’s Global Energy Centre.

“Iran also has close ties to countries like China that work alongside Israel,” she told AFP.

Two days after US President Donald Trump’s shock announcement of the deal, Iranian President Hassan Rouhani warned the UAE “against opening the path of Israel to the region”.

The UAE summoned Iran’s envoy to protest the “threats”, although it insisted the next day the agreement “was not directed against Iran”.

But feelings are still running high in the Strait of Hormuz — a vital corridor connecting the petroleum-rich states of the Middle East with markets in Asia, Europe, North America and elsewhere.

According to the Energy Information Administration (EIA), 35 percent of the world’s seaborne oil passes through the Strait of Hormuz.

Iran last week said it seized an Emirati boat and arrested its crew after two Iranian fishermen were shot dead in an incident in the Gulf.

But the foreign ministry in Tehran conceded the UAE had promised “compensation for any damage caused”.

Trade between the UAE and Iran is worth billions of dollars, with Dubai historically serving as a centre for Iranian offshore business.

Exchange between the two oil producers was worth $8.3 billion last year, according to official Emirati statistics, down from $15.2 billion in 2018 — before US sanctions reached their peak in May 2019.

Iranian businesses and individuals complain those sanctions mean their banking services are often suspended or withdrawn, but fail to actually stop them trading.

More than 8,000 Iranian companies and 6,000 traders operate across the UAE, making it highly likely they will encounter the expected wave of Israeli merchants and investors.

“Iranians in the UAE are not in a position to complain about the Israel-UAE relationship, but there is little indication that the typical Iranian would be disturbed by this,” Wald said.

She noted that before the 1979 Islamic revolution that toppled the Western-backed shah, “Iran and Israel had a cooperative relationship”.

The UAE is also home to a sizeable Iranian community that owns hundreds of properties and has invested heavily in the infrastructure of the country since its formation in 1971.

According to Emirati media, tens of thousands of Iranians live in the UAE while Iranian officials estimate their number to be closer to half a million. Around 350,000 Iranians visit the Emirates each year. Many prominent Emirati families are originally from Iran, with some members holding government jobs. Some Iranians, like public relations executive Fariba, say they are not concerned by the UAE-Iran deal to normalise ties.

“I am a divorced mother, and I need to work to raise my son. That’s all I care about,” the 45-year-old who did not give her surname told AFP.