Necessity of preventive measures on Ashura 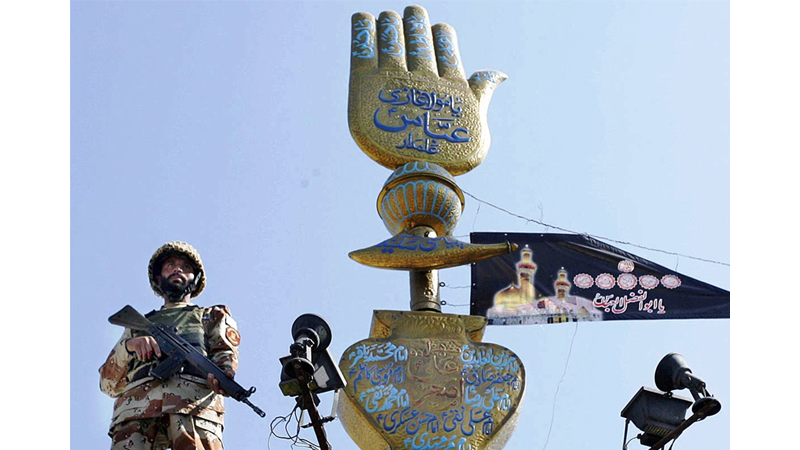 In Pakistan, the 1st day of Muharram, a sacred month for all Muslims, marks the beginning of the Islamic New year. Ashura, or the 10th day of Muharram, is a time of grief when the Muslim community pays tribute to Imam Hussain, the son of Hazrat Ali (RA) and the grandson of Prophet Muhammad (SAW) who was martyred by the second Umayyad caliph (Yazid-I) in the Battle of Karbala for the security of the world’s humanity, 14 centuries ago. The month of Muharram is exceptionally holy for all Muslims, who in commemorating the death of Imam Hussain and his family; abstain from participating in joyous events. To show their love purification for Hazrat Imam Hussain and Hazrat imam Hassan, the grandsons of Hazrat Muhammad (SAW), rituals include the wearing of black clothes, fasting, and public self-flagellation. Each year people come out in large numbers in the respect of Muharram. The day is considered as the most tragic incident in the entire history of Islam.

Imam Hussain and his family were mercilessly martyred by cruel and oppressive ruler Yazid-1 and his followers. Although Imam Hussain was defeated in the battle, his message of kindness, justice, and equality lives on among people, and hence, that is his real victory. The battle of Karbala took place in the 61st year of the Islamic calendar. The battle was fought between a small number of supporters and relatives of Prophet Muhammad’s grandson Imam Hussain, and a much bigger military of Yazid-I, the Umayyad caliph. They imprisoned Imam Hussain and his group and destitute them of water and food in the desert heat for three continuous days. The cruel soldiers brutally martyred Imam Hussain and his 6-year-old son and took the women with them as prisoners. It is a very emotional incident for all Muslims. They regard their sacrifice and pray in abundance as well as abstain from all joyous events. As far as the importance of this day, Fastening is recommended on Ashura since the time Prophet (PBUH) migrated to Medina. According to Sahih Bukhari, Volume 6, Book 60, Number 202 – Narrated Ibn Abbas: When the Prophet (PBUH) arrived at Medina, the Jews were having the fast on ‘Ashura’ (10th of Muharram) and they said, “This is the day when Musa (AS) became successful over Pharaoh,” On that, Hazrat Muhammad (SAW) said to his companions, “You (Muslims) have more right to celebrate Musa’s (AS) victory than they have, so observe the fast on this day.”

Every year, the processions take place in all the cities of Pakistan. In Lahore, the special Islamic sessions (Majalis) are organized by a pious man “Muhammad Fahad Abbas” in Gulistan-e-Abbas (Nishtar Block) and various places of Allama Iqbal Town divisions, which are purely looking after by a very competent police officer Ray Muhammad Ajmal (Superintendent Police). Some of the large sessions are also organized at Pando Street Islam Pura. The main procession starts at Nisar Haveli at midnight and culminates after passing through Mochi Gate, Mori Gate, Wazir Khan Mosque, and Paniwala Talaab areas. In Karachi, the main Ashura procession takes place at Nishtar Park and concludes at Hussainian Iranian Imambargah in Kharadar. According to my visit to Kasur main city, I briefed that the procession will pass through traditional routes and all the foolproof security arrangements are under the prime supervision of competent police officers Mr. Zahid Marwat (DPO Kasur) and Mr. Awais Malik (Superintendent Police). In Quetta, the procession starts from Alamdar Road, passing through the traditional routes before culminating in the Alamdar Road area of Marriabad. In Peshawar, the processions will pass through traditional routes.

Imran Khan (Prime Minister of Pakistan) has advised all the security agencies to make a good strategy to prevent any mishap happening here in Pakistan during Ashura days. In meeting by Ashfaq Khan (Deputy Inspector General Operations Lahore), Mr. Tasawar Iqbal (Superintendent Police City Lahore) and Sooba Khan (Deputy Superintendent police), I came to know by them that more than 15 thousand Police officers including anti-riot force, Dolphin Squad, PRU, and SSU will perform obligations to supply total assurance to the members of the grieving parades and Majalis. Preventive measures will be observed concerning coronavirus. CCTV cameras have been introduced on all the courses of primary parades by Punjab police. The members of Muharram ul Haram programs will be permitted to enter the parades after thorough checking by metal detectors and Walkthrough Entryways and checking of women will be done separately. Marksmen will be introduced on rooftops to screen all the developments of the parades and any conceivable suspects. Police authorities in plain dresses will moreover be there on the courses of parades to keep an eye on any conceivable suspects. In this regard, Mr. Agha Shah Hussain Qazalbash appointed more than 8000 voluntarily manpower for the safe proceedings of these holy parades. Parking arrangements have been independently guaranteed for the help of the members but these are the most important areas to keep an eye on such occasions because non-peaceful elements mostly target parking lots to commit coward acts.

Ashura days, 9th and 10th of Muharram, are very important for the Muslim community all over the world. According to me, the said security agencies should perform their duties on an exceptional way to secure mourning because Muslims offer their heartiest love towards the grandsons of Hazrat Muhammad (SAW). They express their deepest sorrow and love with the family with whom it happened very cruelly by the Government of Shimmer. The security agencies should work accordingly to let the event pass peacefully. The need of the hour is to provide foolproof security because these are very sorrowful days for them. So, home ministry and all security departments should red alert to provide superb kind of security to the people who would be performing their style of loving to Prophet’s (SAW) grandsons. Although we are suffering from COVID-19, the peace committees are especially advised to follow the SOP’s to secure the safety of their family as well as the safety of humanity.