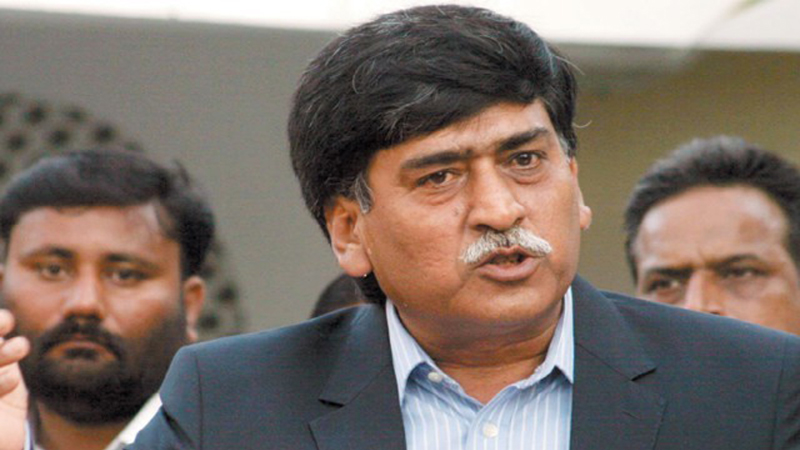 The Mohajir Qaumi Movement Pakistan demanded a new province comprising urban areas to be made in Sindh.

“If you think that the provincial government is not taking interest here and urban areas are being destroyed and because of that Pakistan is suffering so a new province comprising urban areas could be made,” MQM chairman Afaq Ahmed said while addressing a press conference on Sunday at his residents in Karachi.

While sharing a reference of newspaper, Ahmed said that a PPP leader said that the division of Sindh would be tantamount to dividing Pakistan. “The creation of a province is not a violation of Pakistan’s constitution,” said MQM Haqeeqi Chief.

Afaq Ahmed stated that we are being deprived and rights not being given to Mohajirs by doing this we are being compalled to rise a voice of new province.

His demand of new province in Sindh, however, is unlikely to make an impact because his party doesn’t have any seat in provincial or national assemblies.

Afaq Ahmed said that blame game is being played all three parties are blaming each other none of them is serious with Karachi’s issue.

PPP’s provincial government blamed the MQM-P’s city government and said if the party had worked in district central, all the damaged wouldn’t have occurred.

On other hand the MQM-P made similar comments about the provincial government, saying it gave no powers to the elected representatives of the city.

Wasim Akhtar, Karachi’s mayor, claimed that the provincial government was only interested in generating money from Karachi.

Divide Karachi and earn money, Akhtar said, adding that that’s what the Sindh government is doing.