* 'I buried my truth for so long,' the star told the publication, before discussing her time at the Provo Canyon School in Utah in the late '90s 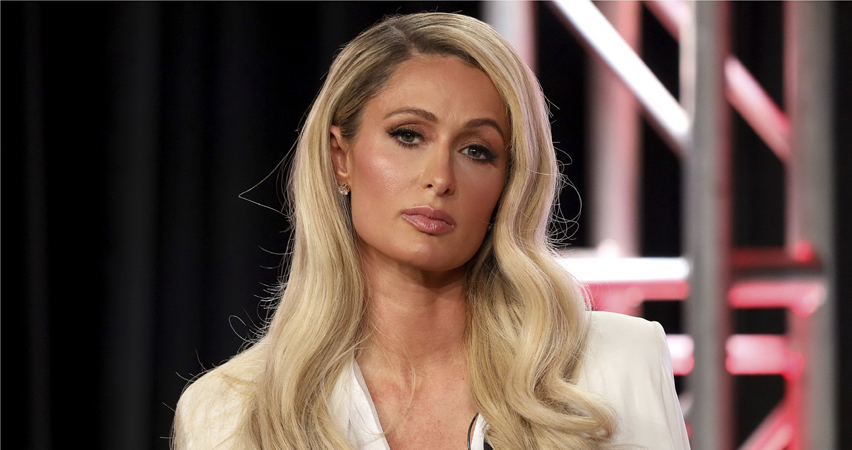 Paris Hilton is ready to tell her story. The 39-year-old socialite recently opened up to People about her boarding school experience and the alleged “torture” she suffered there as a teenager.

“I buried my truth for so long,” the star told the publication, before discussing her time at the Provo Canyon School in Utah in the late ’90s. “But I’m proud of the strong woman I’ve become. People might assume everything in my life came easy to me, but I want to show the world who I truly am.”

Paris explained that she enjoyed the New York City nightlife as a 17-year-old old. At the time, she was living at the Waldorf Astoria Hotel with her parents, Rick and Kathy Hilton, and younger siblings, Nicky, 36, Barron, 30, and Conrad, 26.

“It was so easy to sneak out and go to clubs and parties,” Paris reminisced. “My parents were so strict that it made me want to rebel. They’d [punish me] by taking away my cell phone, taking away my credit card, but it didn’t work. I would still go out on my own.”

Fed up, she said her parents decided to send her to boarding school. According to People, Paris’ parents picked the Provo Canyon School because it claimed to “focus on behavioural and mental development.”

The reality TV personality would stay there for 11 months. “I knew it was going to be worse than anywhere else,” the Simple Life star recalled upon arriving.

“It was supposed to be a school, but [classes] were not the focus at all. From the moment I woke up until I went to bed, it was all day screaming in my face, yelling at me, continuous torture,” she alleged. “The staff would say terrible things. They were constantly making me feel bad about myself and bully me.”

Paris explained that she enjoyed the New York City nightlife as a 17-year-old old. At the time, she was living at the Waldorf Astoria Hotel with her parents, Rick and Kathy Hilton, and younger siblings, Nicky, 36, Barron, 30, and Conrad, 26

“I think it was their goal to break us down. And they were physically abusive, hitting and strangling us,” she continued. “They wanted to instil fear in the kids so we’d be too scared to disobey them.”

According to the star, she “was having panic attacks and crying every single day.”

Paris also pointed out that she was unable to talk to her parents and tell them what was really going on.

“I didn’t really get to speak to my family… maybe once every two or three months. We were cut off from the outside world,” she noted. “And when I tried to tell them once, I got in so much trouble I was scared to say it again.”

“The staff would tell the parents that the kids were lying. So my parents had no idea what was going on,” she claimed.

Once the Simple Life star turned 18, she packed her bags and left for good. “I was so grateful to be out of there, I didn’t even want to bring it up again. It was just something I was ashamed of and I didn’t want to speak of it,” she described, adding, “It feels like my nightmare is over.”

The socialite will dive into her “trauma” in more detail in her upcoming documentary, This Is Paris, which premieres on her YouTube channel on Sept. 14.

According to People, the star’s former classmates will also appear in the film and recount their experience at the boarding school.

E! News has reached out to the Provo Canyon School for comment about the accusations made against them. We have yet to receive a response. The school did, however, issue this statement to People: “Originally opened in 1971, Provo Canyon School was sold by its previous ownership in August 2000. We therefore cannot comment on the operations or patient experience prior to this time.”

While Paris told the publication she doesn’t plan to take any legal action, she hopes her documentary will help those who can relate to her story. “I want them to be held accountable. And I want to be a voice for children and now adults everywhere who have had similar experiences. I want it to stop for good and I will do whatever I can to make it happen,” she said.