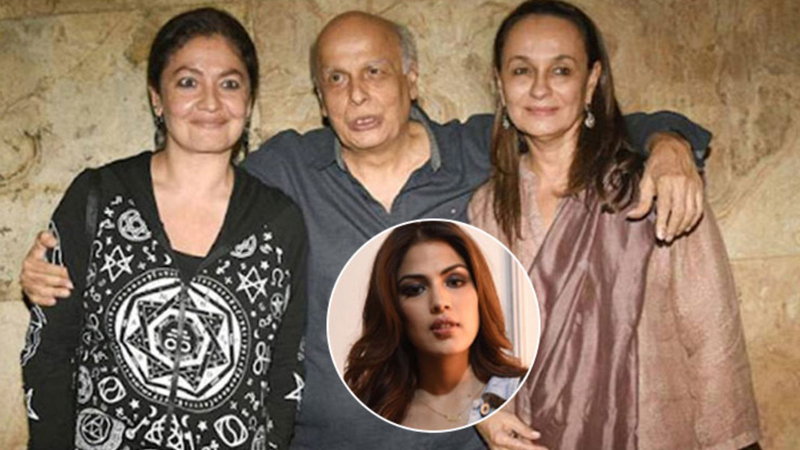 Recently, Mahesh Bhatt’s chats with film actor Rhea Chakraborty were leaked online and his daughter and wife, Pooja Bhatt and Soni Razdan, have now taken to their respective social media accounts to give their clarification on the same.

Talking about Pooja Bhatt first, this is what she had to say about these chats- “Interestingly,the message @IndiaToday refers to as ‘most explosive revelation’ is a message that my father also sent me & countless other people on his phone list on the same day & subsequently posted on Twitter as well get your facts right @IndiaToday.”

Soni Razdan also stated how the message that the filmmaker sent to Rhea Chakraborty is a message he shares with them every day. Like Pooja Bhatt, she also shared a screenshot of the message that has been making a lot of noise on social media and news channels.

Coming back to Mahesh Bhatt, the filmmaker is making his comeback as a director with Sadak 2 that stars Sanjay Dutt, Pooja Bhatt, Alia Bhatt, and Aditya Roy Kapur. The film was all set for a theatrical release on July 10 but has now been postponed due to the Coronavirus pandemic that led to the lockdown. It’s now all set to release on August 28 on Disney Plus Hotstar. Bhatt is known for films like Arth, Saaransh, Sadak, Naam, Kabza, Sir, and Zakhm.