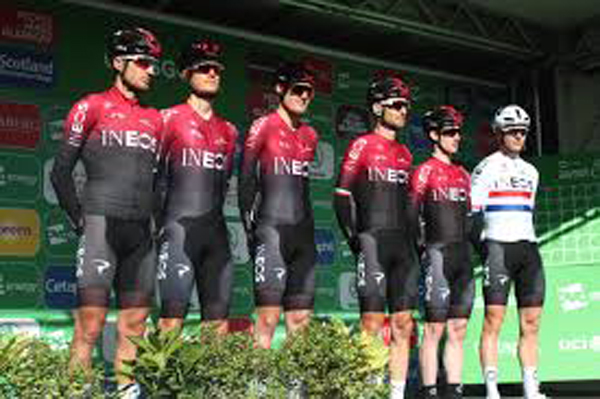 PARIS: Team Ineos withdrew its squad from the Italian National Championship as a precaution after one of its riders tested positive for the new coronavirus, the British cycling team said on Sunday. Ineos said in a statement that Leonardo Basso, 26, had tested positive on Saturday and showed no symptoms of COVID-19. Filippo Ganna, Salvatore Puccio and Gianni Moscon, who went on training rides with Basso, will also self-isolate for two weeks, as will four staff members who are considered secondary contacts, Ineos said. “Although they have been in contact with the riders wearing masks, observing social distancing and other protocols, the Team believes this to be a prudent precaution,” Ineos said. “We will also support Leo with any contact tracing with any friends and family as appropriate over the coming period.” None of the four are part of Ineos’s squad for the Tour de France, which begins on Aug. 29 in Nice. Four-time Tour de France champion Chris Froome and 2018 winner Geraint Thomas were also omitted from the team’s squad for the 2020 edition.