* UN secretary general distances himself from showdown in Security Council 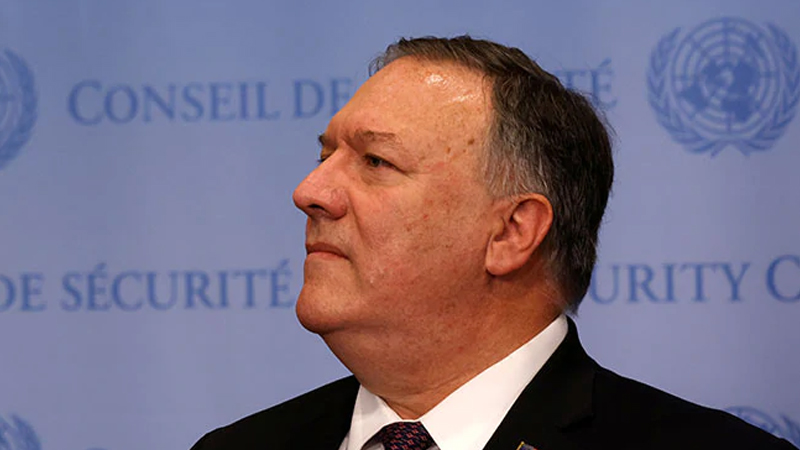 The United States has been further isolated over its bid to reimpose international sanctions on Iran with 13 countries on the 15-member UN Security Council expressing their opposition, arguing that Washington’s move is void given it is using a process agreed under a nuclear deal that it quit two years ago.

In the 24 hours since US Secretary of State Mike Pompeo said he triggered a 30-day countdown to a return of UN sanctions on Iran, including an arms embargo, long-time allies Britain, France, Germany and Belgium as well as China, Russia, Vietnam, Niger, Saint Vincent and the Grenadines, South Africa, Indonesia, Estonia and Tunisia have already written letters in opposition, seen by Reuters.

The United States has accused Iran of breaching a 2015 deal with world powers that aimed to stop Tehran developing nuclear weapons in return for sanctions relief. But President Donald Trump described it as the “worst deal ever” and quit in 2018.

Diplomats said Russia, China and many other countries are unlikely to reimpose the sanctions on Iran. Pompeo again warned Russia and China against that on Friday, threatening US action if they refuse to reimpose the UN measures on Iran.

The United States acted on Thursday after the Security Council resoundingly rejected its bid last week to extend an arms embargo on Iran beyond its expiration in October. Only the Dominican Republic joined Washington in voting yes.

Dominican Republic has not yet written to the council to state its position on the sanctions snapback push.

Under the process Washington says it has triggered, it appears all UN sanctions should be reimposed at midnight GMT (8 p.m New York time) on Sept. 19 – just days before Trump is due to address world leaders at the UN General Assembly, the annual meeting that will be largely virtual because of the coronavirus pandemic.

A 2015 Security Council resolution enshrining the nuclear deal states that if no council member has put forward a draft resolution to extend sanctions relief on Iran within 10 days of a non-compliance complaint, then the body’s president shall do so within the remaining 20 days.

However, the 2015 resolution also says the council would “take into account the views of the states involved.” Given the strong opposition, some diplomats say the council president – Indonesia for August and Niger for September – would not have to put up a draft text.

“Faced with this very strong view of a majority of Security Council members that the snapback process has not been triggered, as the presidency they are not bound to introduce the draft resolution,” said a US Security Council diplomat, speaking on condition of anonymity.

Pompeo and outgoing US Iran envoy Brian Hook signaled that Washington expects Indonesia or Niger to put a text to a vote. Another US option is to put forward the draft itself or ask the Dominican Republic to do so.

The United States argues that it can trigger the sanctions snapback process because the 2015 Security Council resolution still names it as a nuclear deal participant.

However, in a joint letter to the Security Council on Thursday hours after the US submitted it complaint, Britain, Germany and France said, “Any decisions and actions which would be taken based on this procedure or on its possible outcome would also be devoid of any legal effect.”