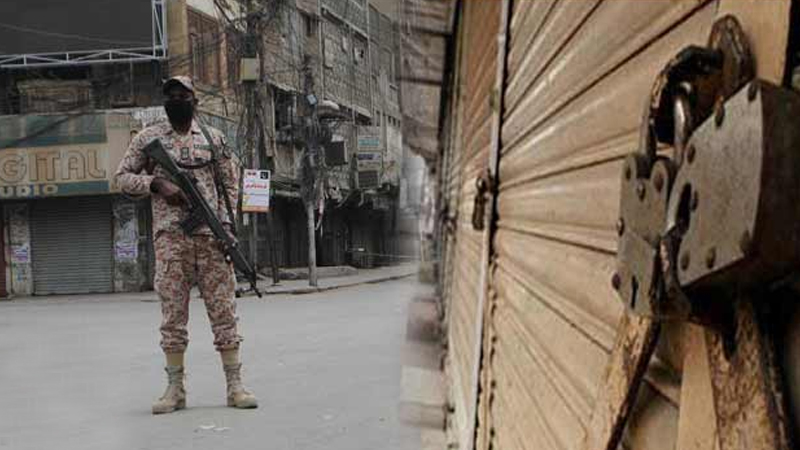 The Punjab government on Saturday decided to impose ‘micro smart lockdown’ in several areas of the province for the period of two months to prevent the resurgence of deadly coronavirus which has played havoc across the world.

Punjab reported 99 new Covid-19 cases over the past 24 hours, taking the total number of confirmed cases across the province to 96,057. According to official figures released by Punjab’s Primary and Secondary Healthcare Department on Saturday, no death related to the contagion was reported during the last 24 hours. The number of people who have succumbed to the disease in the province stands at 2,188.

As many as 857,216 samples have been tested in the province to detect Covid-19 infection thus far. Whereas, the number of people recuperating from the infection has surged to 91,134.
The Primary and Secondary Healthcare Department requested people to continue taking precautionary measures to keep the virus at bay until it is completed weeded out.

Sindh has reported 274 new coronavirus cases, down from 310 infections a day earlier, according to a statement from the Chief Minister House. This has taken the provincial total to 127,965. It has also reported one additional fatality from the virus, taking the death toll to 2,358. Another 286 people recovered from the virus in the last 24 hours, according to the statement.

Islamabad, Gilgit Baltistan and Azad Jammu and Kashmir have collectively recorded 71 new Covid-19 cases. They have reported no additional fatalities for the second consecutive day. The breakdown of cases is as follows: Islamabad: 19 cases, GB: 34 cases, AJK: 18 cases

Another 1,738 people have recovered from the coronavirus in the country, according to the government’s Covid-19 portal, taking the total number of recoveries to 275,317. According to the portal, 731 patients are in critical condition.

On the international front, the reports emerged that China has been giving experimental coronavirus vaccines to groups facing high infection risks since July, a health official told state media. No vaccine has yet passed final, large-scale trials to prove it is safe and effective enough to protect people from contracting the virus that has led to almost 800,000 deaths worldwide.

The aim is to boost the immunity of specific groups of people, including medical workers and those who work at food markets and in the transportation and service sectors, Zheng Zhongwei, a National Health Commission official, told state TV in an interview aired late on Saturday. Authorities could consider modestly expanding the emergency use programme to try to prevent possible outbreaks during the autumn and winter, added Zheng, who heads the Chinese government-led team that coordinates state resources for coronavirus vaccine development.

China is in a global race to develop cost-effective vaccines to curb the COVID-19 pandemic. Using insect cells to grow proteins for the coronavirus vaccine – a first in China – could speed up large-scale production, the city government of Chengdu said in a notice on social media WeChat.

The vaccine, developed by West China Hospital of Sichuan University in Chengdu, has received approval from the National Medical Products Administration to enter a clinical trial, the notice said.