When the name “alternative currency” comes to mind, most people would probably think of the BitCoin, and in many instances, have negligible knowledge, when it comes to complementary currencies around the world.

Complementary currencies are based on the idea to serve specific communities, to assist mostly the vulnerable amongst us, and give them a chance, an opportunity to better their lives through the use of community uplifting measures.

Over the years, the use of alternative currencies has only increased, and several experiments have been conducted. Two in 1984 alone. And, there are several thousand mature systems operational around the world, serving and assisting the downtrodden amongst us, offering them initiatives, and a form of currency so that they’re able to buy and sell goods and services without having to spend the currencies of their home countries.

Money doesn’t necessarily need to be in the form of the paper that we’re accustomed to grabbing and feeling.

Money can be anything that serves as a store of value, a medium of exchange and a unit of value. Money is how our communities trade within themselves and with others.

Have you ever given it a thought as to why we readily accept a country’s currency; what legitimacy does a currency of any country have for it to be acceptable as a legal tender?

Calgary dollars are a part of an initiative to inspire local consumers to shop close to home, to personalise economic relations

For each jurisdiction determines its legal tender, but, it essentially, if offered in payment of a debt, extinguishes the debt. 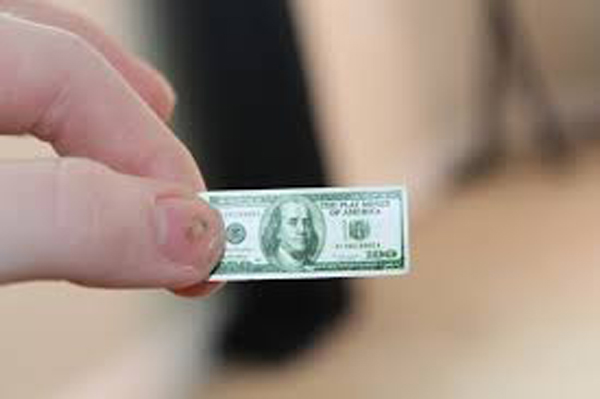 The creditor is not obligated to accept the tendered payment, but the act of tendering the payment in legal tender discharges the debt. A trader can legally refuse to accept a legal tender, and refuse business, a would-be purchaser may not coerce a purchase just by presenting a legal tender, as a legal tender must only be accepted for debts already incurred.

In Canada, the Canadian dollar banknotes issued by the Bank of Canada and coins issued under the authority of the Royal Canadian Mint Act are acceptable legal tender. Despite that, commercial transactions may legally be settled in any manner that the buyer and the seller agree to, and, for example, a small-time vendor can refuse to accept bigger banknotes, if they feel that it would put them at risk of being counterfeit victims.

Taking the ease of settlement of debts in Canada into consideration, there are several different complementary currencies issued by local communities, to try to assist locals to settle their debts using a form of payment which doesn’t involve the use of federal dollars. One such local currency is the Calgary dollar, which is used only in Calgary, Alberta. Calgary dollars are a part of an initiative to inspire local consumers to shop close to home, to personalise economic relations, to nurture a sense of community and to increase both local self-sufficiency and bioregionalism.

Calgary is the first city in Canada which has its local digital currency. The Calgary dollars are a form of complementary currency and are not to be used as a replacement to the Canadian dollars. The Calgary dollars program was established in 1996 by a local non-profit called the Arusha Centre, which has managed and operated it ever since. Consumers and businesses must sign up for the Calgary dollars, and any income earned is taxable.

One Calgary dollar has the same value as one Canadian dollar, and they can be used to purchase all necessities, such as food items, transportation and can even be used to make a partial payment for a business licence. The system is completely legal and is a form of a barter system. Participating merchants can choose to accept as little as 10 per cent, or the full 100 per cent value of the goods and services they provide.

Calgary dollars come in different denominations, ranging from $ 1 to $50 notes and digital, and came into existence taking into account the concept of bioregionalism. The concept encourages citizens of Calgary to become more familiar with and dependent on local food, resources and materials as a way to become more self-sufficient. The movement encourages people to grow local produce in their backyards, or whatever resource available to them, and then use Calgary dollars to buy and sell the produce. This way local businesses thrive and the money stays within the community, rather than paying large businesses who have no connection with the local community.

Gerald Wheatley, the current manager of Calgary dollars, has dedicated a major portion of his life to helping expand the idea and increase user awareness amongst Calgarians. He is a strong believer in shopping locally, and has stressed time and again that using the local currency helps in forming community connections, and fostering closer bonds when you start to think local it gives you a sense of satisfaction for playing your part in helping local businesses flourish.

In Gerald’s own words,” It really has the potential to connect like-minded people, and help them save a bit of their federal dollars.” Calgary dollars are not bought or cashed out and can be earned by posting ads for goods or services on their website. Each ad listing earns a user $5 for the first five listings, and the money can continuously be made by taking surveys and referring others to Calgary dollars.

With the ongoing refugee crisis, refugee camps typically suffer from inadequate means of exchange, hard currency is scarce and quickly finds its way out of the community. In such cases, local demand could be met with the use of locally formed complementary currencies. A local currency fosters economic activity and generates employment by ensuring that a baseline of local demand is met by local supply.

It remains to be seen what the future holds for complementary currencies around the world. With the current economic crisis and devaluing of major currencies, the use of alternative currencies seems to be a viable option. For with its use, citizens would be able to spend locally and help local businesses, in turn helping themselves and ultimately becoming self-reliant.

The writer is an advocate of the High Courts of Pakistan, a member of the Honorable Society of Lincoln’s Inn and the International Bar Association.