* While some viewers were quick to criticise the talk-show host, Sofia decided to speak out on Friday 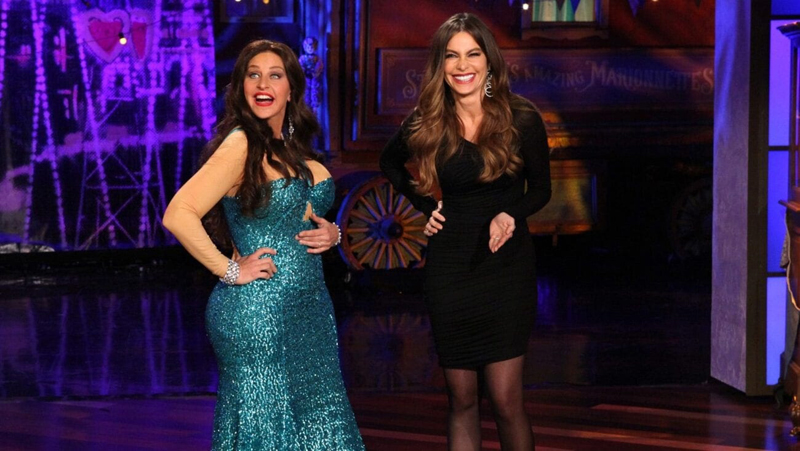 Sofia Vergara is not offended by Ellen DeGeneres. Earlier this week, a video clip featuring Sofia’s many appearances on The Ellen DeGeneres Show went viral. In the clip, Ellen can be seen discussing the Modern Family’s English skills during multiple show tapings.

While some viewers were quick to criticize the talk-show host, Sofia decided to speak out on Friday, Aug. 21.

“Two comedians having fun with each other to entertain,” she shared on Twitter. “I was never a victim guys, I was always in on the joke.”

The America’s Got Talent judge also shared a 2015 clip from The Ellen DeGeneres Show where the pair reminisced about filming new CoverGirl commercials together. “They give her the hardest lines too because we have to describe what’s in the CoverGirl makeup and she has such a hard time pronouncing any of the ingredients,” Ellen joked.

‘Two comedians having fun with each other to entertain,’ she shared on Twitter. ‘I was never a victim guys, I was always in on the joke’

Sofia replied while laughing, “I think because you are much more famous than me and older than me so they give you priority and you read the script first and then you’re the one that makes me say those words because there’s no way.”

“They make her look pretty and make me say the important information,” Sofia added with a laugh. The scrutiny comes after former and current employees came forward and shared allegations of a toxic work environment at The Ellen DeGeneres Show.

An internal investigation was conducted and Warner Bros. later confirmed some “deficiencies related to the show’s day-to-day management.” On Aug. 17, E! News confirmed that three senior producers had parted ways with the show.

In a July letter to current staff members, Ellen addressed the emerging complaints in the press.

“On day one of our show, I told everyone in our first meeting that The Ellen DeGeneres Show would be a place of happiness-no one would ever raise their voice, and everyone would be treated with respect,” Ellen wrote in part. “Obviously, something changed, and I am disappointed to learn that this has not been the case. And for that, I am sorry.”

In the middle of the controversy, several celebrities including Kevin Hart, Ashton Kutcher and Katy Perry defended Ellen and shared their positive experiences on the show.