Murray admits to rustiness ahead of ATP return 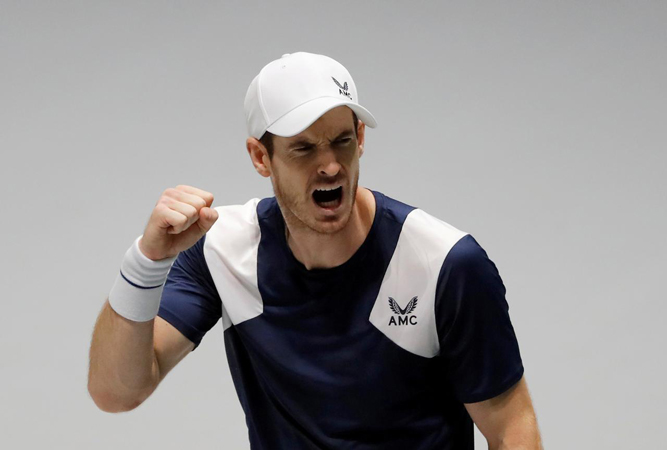 LONDON: Andy Murray says he’s feeling off the pace for his return to the ATP Tour this weekend but is hoping to hit his stride ahead of the U.S Open, which begins on Aug. 31. Murray, 33, will face Frances Tiafoe in the opening round of the Western & Southern Open, which began this week in New York and serves as a warm-up event for players ahead of the U.S. Open. The Briton, a three-time tennis Grand Slam winner, has not played competitively since November due to hip problems but took part in exhibition events recently with the professional circuit shut. “I’m looking forward to be back competing. I’ve really enjoyed the last few days just practising with top players,” he said in comments on the ATP website. “I’ve been practising with Dominic Thiem, Andrey Rublev and Karen Khachanov. Those guys don’t hold back. It’s a bit of a different speed to what I’ve been used to. I felt a little off the pace but I’m feeling quite good on court in terms of my hip. That was really all I wanted.”