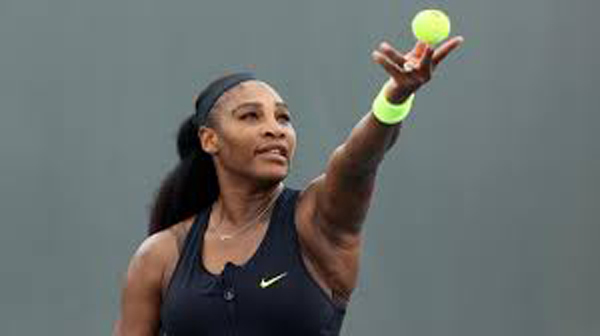 NEW YORK: Serena Williams believes the withdrawal of some of the world’s top tennis players from this year’s U.S. Open amid the COVID-19 pandemic will not take the shine off a potential record-equalling 24th Grand Slam title for her. Six of the top 10 women’s players, including defending champion Bianca Andreescu and world number 1 Ash Barty, have dropped out of the Aug. 31-Sept. 13 U.S. Open, boosting Williams’ chance of winning the major for the first time since 2014. “It still has to be tennis that’s played, asterisks or not,” the six-time U.S. Open champion told reporters on Friday. “I think this whole year deserves an asterisk, because it’s such a special year – history we have never been through in this world. I think we are living a future history lesson. I think regardless, there is always going to be some asterisk by it, because it’s never been done before. If you win, it was, like, wow, I was able to win in this crazy circumstance where there was no fans. It was just so sterile and weird, but I mentally came through. It might be a more mental test than anything.” Williams, who has a history of blood clots and pulmonary embolisms, said she had concerns over travelling to New York and is living in a rented house instead of the official players’ hotel as a precaution. “I have health issues and I don’t necessarily want to get sick, and if I do, I want the good version,” she said.