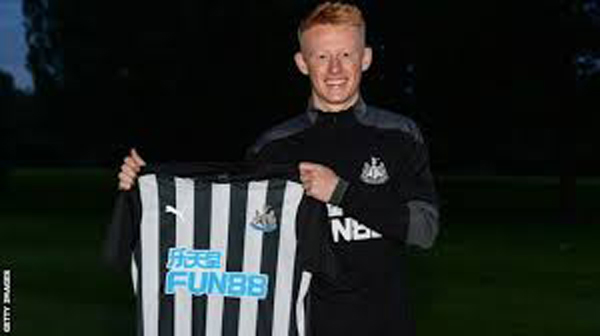 LONDON: Newcastle United midfielder Matty Longstaff has signed a new two-year contract to extend his stay at St James’ Park, the Premier League club announced on Saturday. Longstaff, whose previous deal expired at the end of the 2019-20 season, had been linked with a move to Serie A side Udinese, while Premier League clubs Brighton & Hove Albion and Leeds United were also interested in signing the 20-year-old. “I’m delighted to have signed. It took a bit longer than I’d hoped but I’m really happy it’s done now, and I can’t wait to get back to playing at a full St. James’ Park hopefully soon,” Longstaff told the club’s website. “I spoke to (manager) Steve Bruce and we talked through it and it was a no-brainer after I spoke to him. He gave me my chance and I’m really looking forward to working with him and his coaching staff, who were all great with me.” Longstaff broke into Newcastle’s first-team in the 2019-20 campaign, scoring the winning goal against Manchester United on his Premier League debut in October. He ended the season with three goals in 15 appearances and won his first cap for England at the under-19 level in November. “We never want to lose our good young players and it’s an important time for Matty now. I do believe the speculation affected him, so let’s hope we get to see the real Matty now,” Bruce said.