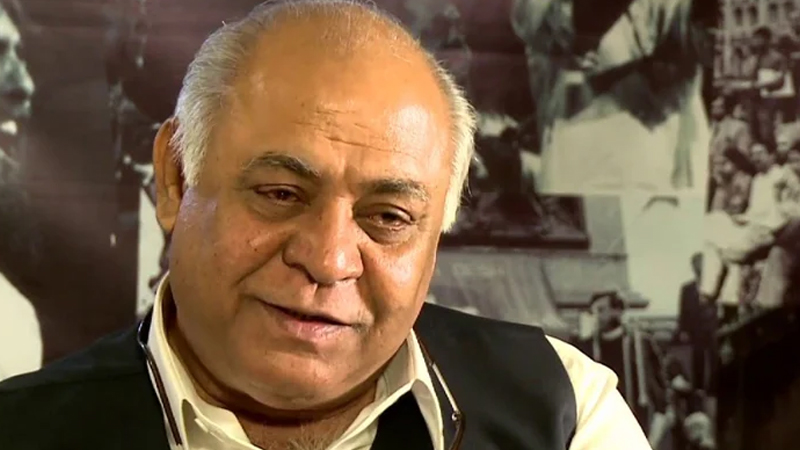 Parliamentarians belonging to the opposition and treasury benches in both lower and upper houses on Friday paid tribute to National Party chairman Mir Hasil Khan Bizenjo who passed away on Thursday night after a prolonged battle with cancer.

Expressing grief and sorrow over his death, they said his death is a big loss to Pakistan and Balochistan. They said Bizenjo was a seasoned politician and a national leader whose services will always be remembered. They suggested that a gallery should be designated in the Parliament House to recognize the services of leaders like Bizenjo.

Speaking in National Assembly, PML-N MNA Khawaja Asif paid tribute to the principled politics of Bizenjo, telling the speaker to obtain the Lower House’s consent to postpone the session in light of the politician’s passing.

Minister for Human Rights Shireen Mazari, in her remarks, said everybody accepts the democratic struggle of Bizenjo. PTM MNA Moshin Dawar said it is very difficult to fill the void left by Bizenjo’s death. The speaker said that Bizenjo was a major political figure who made immense contributions to the politics of the country.

In Senate, PML-N’s Mushahidullah Khan said that those people who do not stray from their principles never die but always remain alive in the hearts of the people. PPP leader Sherry Rehman said that Bizenjo lived according to his terms just like he said he would.

Senator Sarfaraz Bugti said that the entire country is in mourning over such a huge loss. The Senate unanimously passed a resolution, expressing deep grief and sorrow over the demise of Bizenjo.