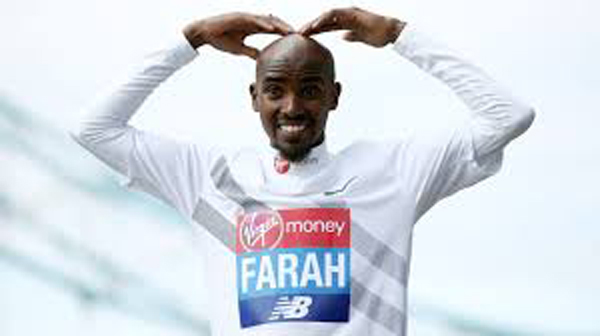 LONDON: If you need a pacemaker to help you pursue an Olympic qualifying time in the marathon, they couldn’t come much better-qualified than Britain’s most celebrated track and field athlete, Mo Farah. That’s the happy scenario for some of Britain’s lesser lights who will have the 37-year-old leading them out around the streets of the capital in October’s London Marathon. Farah, who has abandoned his decision to focus on the marathon and instead seek yet more gold on the track in Tokyo next year, confirmed his role as ‘helper’.

“The London Marathon has been so important to me since I was a schoolboy and when they asked me to do this I thought it would be great to help,” British marathon record holder Farah, who finished third and fifth in 2018 and 2019 respectively, said. “I am in good shape, I’ll be in London that week, and it fits in with my training,” he said in a statement from the organisers. I know just how special it is just to compete for your country at an Olympic Games, and it would be great to help other athletes achieve this.”

Farah won the 5,000m and 10,000m double at London and Rio de Janeiro and is focused on retaining his 10,000m crown at next year’s delayed Tokyo Games. London Marathon director Hugh Brasher praised Farah’s decision to act as pacemaker as a “wonderful gesture”. “This is the greatest Olympian in British track and field history coming to run as a pacemaker to help others achieve their dreams of making the Tokyo Olympic Games,” he said. “I’m sure his presence and support will inspire the athletes chasing that qualifying time.” Only two British athletes, Callum Hawkins and Jonny Mellor, other than Farah have run inside the qualifying time for Tokyo.

The London Marathon, postponed from its original date in the Spring because of the COVID-19 pandemic, will take place on Oct. 4 and will feature a stellar line-up. The elite men’s race will be headlined by Kenya’s Eliud Kipchoge, winner in 2019, and Ethiopian trio Kenenisa Bekele, Mosinet Geremew and Mule Wasihun. Last year’s women’s winner and world record holder Brigid Kosgei is also confirmed, as is world champion Ruth Chepngetich.