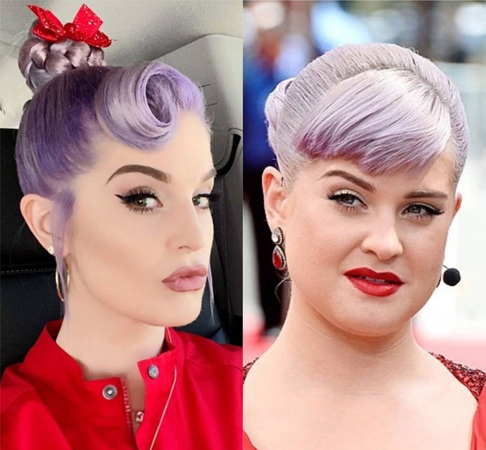 Kelly Osbourne will “never ever ever lie” about undergoing gastric sleeve surgery as part of her weight loss journey.

On Thursday, Aug. 20, the celeb revealed on the Hollywood Raw podcast that she achieved her slimmer figure by overhauling her lifestyle and undergoing gastric sleeve surgery. Kelly has previously said she’s lost around 85 pounds within the past two years, leaving fans eager to know her weight loss tips and tricks.

Regarding the speculation around her new look, Kelly confirmed, “I had surgery. I did it, I’m proud of it.” She said there’s no shame in turning to bariatric surgery, explaining that with the sleeve, if you “don’t work out and you don’t eat right, you gain weight.”

Regarding the speculation around her new look, Kelly confirmed, ‘I had surgery’

“I want to be very clear about this kind of surgery I had… All it does is move you in the right direction. So, anyone who’s thinking of doing something like this, really think about that,” she shared.

The 35-year-old said that her transformation began a year prior, when she began going to therapy for addiction issues, something she said is a must for anyone considering the procedure. She remarked, “I had to fix my head before I could fix my body. You can never go into this if you’re not in a good mindset.”

Now, two years after having the procedure, she’s feeling better than ever from the inside out. Kelly said of her journey, “It’s the best thing I have ever done.”

Not to say that the star is “perfect” by any means. “I still make a lot of mistakes. I have bumps in the road, I fall down, I get back up again,” she shared, adding, “It doesn’t solve all your problems. It’s not a quick fix.”

She also revealed that comments about her physical appearance nearly drove her to quit working in the entertainment industry. “Because when I was fat, I was invisible. They didn’t want to work with me, they didn’t want to do anything with me,” she remarked. But now that she’s found comfort with her appearance, the star is here to stay. She recently joined E!’s Celebrity Call Centre to give advice on all kinds of topics, including sex.