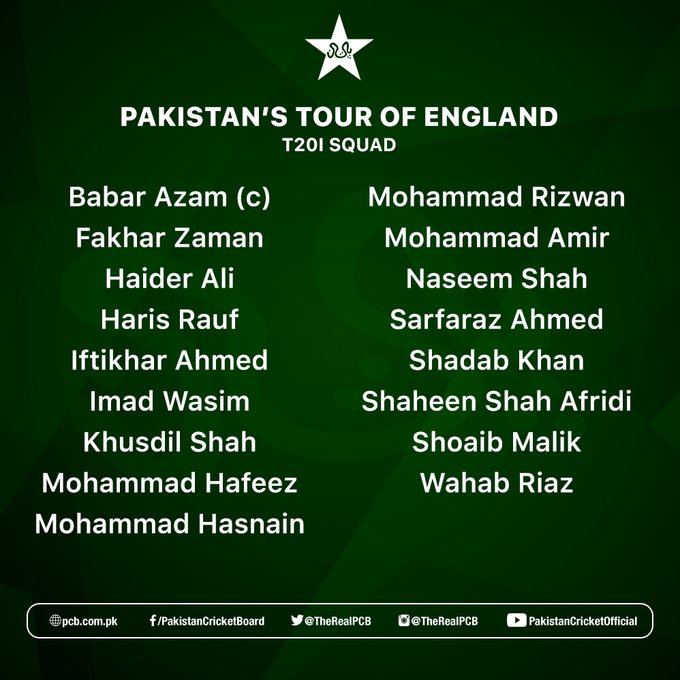 Pakistan have announced a 17-man shortlist for the three-match T20I series against England. The two sides will play three T20Is at Old Trafford in Manchester from August 28 to September 1.

With a 29-man squad already in England, Pakistan have selected 17 players to stay back for the T20I series.

Pakistan have been playing intra-squad warm-up fixtures, with Sohail Khan in particular making use of the matches to push his case for selection come the first Test on 5 August. He claimed 5/50, including the wickets of Abid Ali and Sarfaraz Ahmed, in the first match, before taking 5/37 in a low-scoring second game as he removed the top three of Shan Masood, Abid Ali and captain Azhar Ali all for single figures.