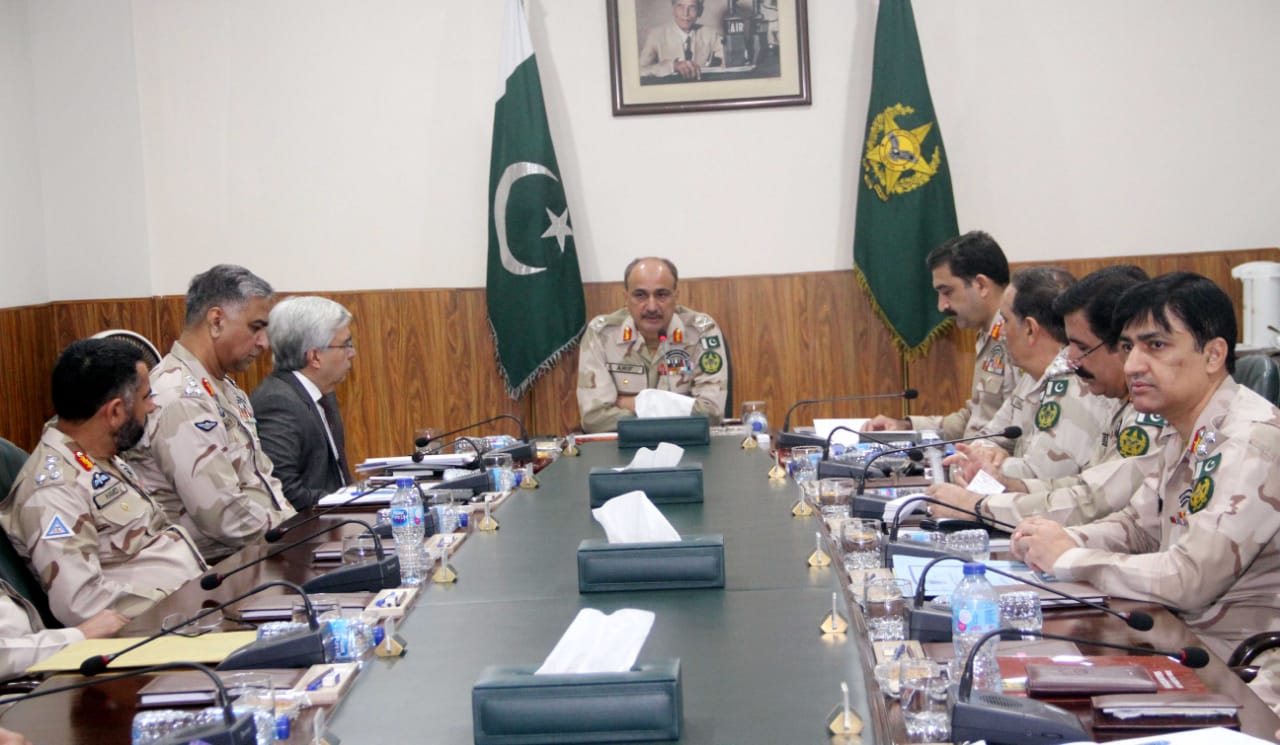 Anti Narcotics Force Commanders Conference was held at Headquarters ANF Rawalpindi on Friday in the chairmanship of Director General ANF Major General Muhammad Arif Malik, HI (M). The conference was attended by Commanders of all Regional Directorates and Senior Staff Officers of ANF.

DG ANF appreciated the performance of ANF especially focused campaigns against drug sellers affecting our youth and students in educational institutions. DG ANF also highlighted the magnitude and importance of operations and the emerging trends of the use of synthetic drugs, underlining it as a grave threat requiring special measures.

During the conference, Fateha was offered for ANF personals who recently embraced shahadat in the operations in Mashkel area of Balochistan and village Manga, Tehsil Murree. DG ANF emphasized that, ANF will not be afraid of the cowardly actions of drug traffickers/smugglers; ANF war against drugs will continue with full determination and courage.

DG ANF praised the performance of ANF intelligence and Force Commander Regional Directorate ANF North on the arrest of accused Faizan, who opened fire on the ANF team in Manga operation, as a result, an ANF soldier Naik Muhammad Akbar embraced shahadat. On the intelligence information of ANF the accused was arrested from Muzafarabad (Azad Kashmir) by Police along with heavy quantity of drugs and weapons.