Multiple large fires in California’s North Bay area merge into one megafire that has engulfed almost 300,000 acres of land. 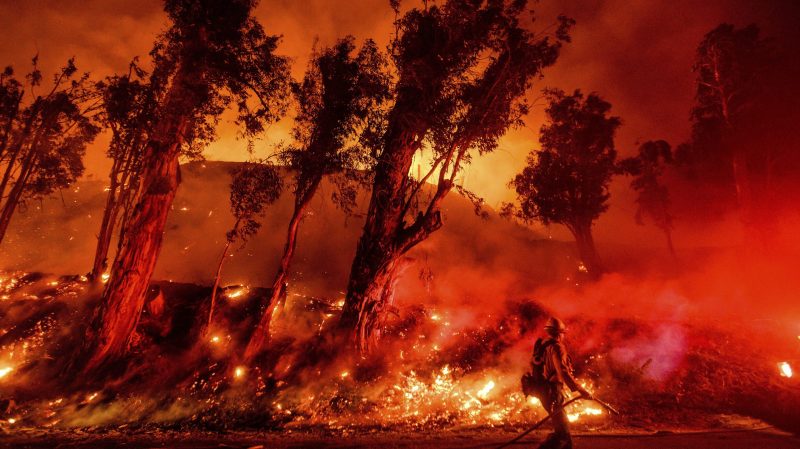 More than 350 fires, big and small, broke out across California as a result of around 11000 lightning strikes within 72 hours – a “historic lighting siege”.

According to reports, at least two dozen major wildfires, along with hundreds of smaller ones are burning across the state, causing havoc and compelling thousands of people to be displaced.
2 people have reportedly died fighting the blazes.

It’s not the first time that California is seeing wildfires, but the intensity is so high that the raging flames are even burning the remote monitoring cameras.

California’s governor, Gavin Newsom, has declared a state of emergency. More than 10,000 firefighters are tirelessly battling the massive wildfires, however the administration has called other states for help announcing that they are facing a shortage of resources, mainly due to being trapped between the wildfires and covid19 virus spread that’s killing more than 100 everyday.

Forestry and Fire Protection department, California, has asked people to evacuate the area, as the spread of fire on steep, inaccessible terrain, along with soaring temperatures and sweeping winds intensifying the flames, have only allowed 4% containment of the fires.