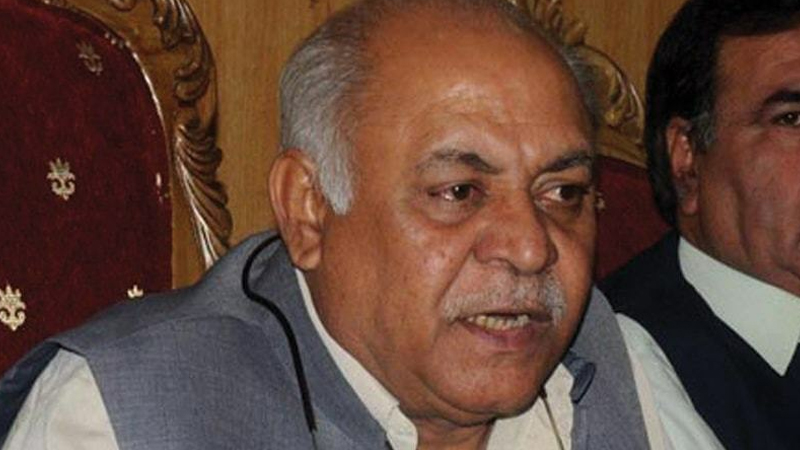 Seasoned politician and veteran Baloch nationalist leader Senator Mir Hasil Khan Bizenjo Thursday died at the age of 62. Bizenjo passed away while undergoing treatment at a private hospital in Karachi, National Party Central Secretary General Jan Muhammad Buledi said, adding that Bizenjo was admitted to the hospital after his health deteriorated. The senator was diagnosed with lung cancer last year.

He remained chief of the National Party and was currently serving as an ideologue of the party. Leader of Opposition in National Assembly and PML-N President Shehbaz Sharif in a tweet said he was ‘shocked and saddened’ by the news of Bizenjo’s death. “As a distinguished politician from Balochistan, he represented the voice of the people of his province & stood for progressive & rule-based politics,” he said.

PPP Chairperson Bilawal Bhutto Zardari described his death as ‘a great loss to the country, its democratic forces and Balochistan’. “Bizenjo remained in the forefront in the struggle for supremacy of the Constitution and strengthening of democracy and was a strong voice against injustices to Balochistan,” he said in a statement.

PPP leader and Senator Sherry Rehman said she was ‘shocked, saddened and bereaved’ to hear of his passing. “He had been battling cancer so bravely few suspected how advanced the disease was. His public life was marked by progressive, principled politics as an advocate for the vulnerable. End of an era,” she wrote. Balochistan National Party-Mengal (BNP-M) President Sardar Akhtar Mengal shared his condolences in a tweet. In 2013, the National Party came to power in Balochistan with the help of the PML-N, thrusting its leadership into national focus. Hasil Bizenjo became its president in 2014. He was a revered figure in Pakistani politics for his unwavering democratic stance. But since 2013, his party’s power had dwindled as new challengers popped up.