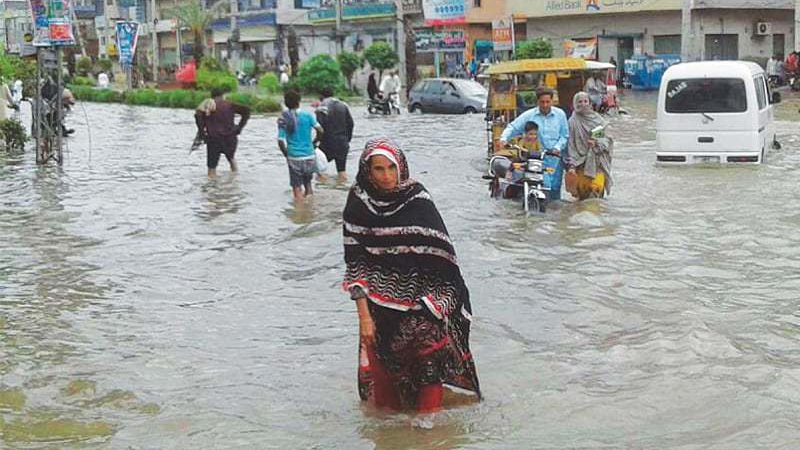 At least 18 people were killed and multiple others injured in rain-related incidents in different parts of Punjab province on Thursday, rescue officials said.

Rescue officials told local media that several houses have been completely destroyed by heavy downpour and thunderstorms in the province and the majority of the deceased lost their lives due to roof collapse incidents. The roof of an old house collapsed due to rains in the Harbanspura area of Lahore, the provincial capital of Punjab, killing four people and injuring five others, according to rescue officials. In another incident, nine members of a family were buried under debris when the roof of their house collapsed due to heavy rains in the Malian Kalan area of Sheikhupura district. Resultantly, three people including a child were killed and six others were injured.

Separately, a mother and her four children lost their lives when the roof of their house collapsed in Mandi Bahauddin district of the province. Moreover, at least three labourers were crushed to death when a landslide occurred in a coalmine where they were working due to rainfall in the Qasba Bhal area of Chakwal district. Five other workers also sustained injuries in the unfortunate incident. Three people lost their lives in different incidents of electrocution and roof collapse in Faisalabad district. Earlier this week, the Pakistan Meteorological Department had informed that strong monsoon currents were likely to penetrate from Wednesday that will produce widespread rains in the country during the next three to four days. Heavy rainfall may generate flash flooding in local nullah and streams of Punjab and northwest Khyber Pakhtunkhwa province and urban flooding on Thursday and Friday, according to the weather department forecast.