* Punjab governor, CM vows to work as per vision of prime minister 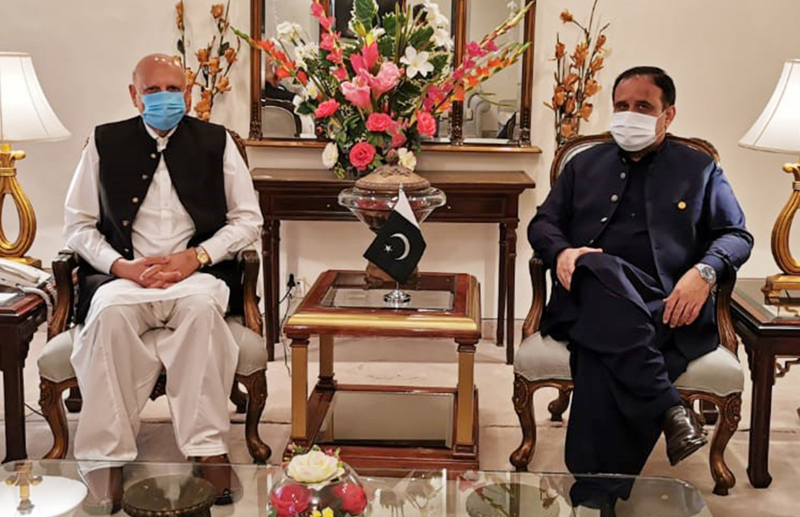 Meanwhile, Governor also met with Chief Minister Punjab Sardar Usman Buzdar. Both leaders discussed national and political matters. Moreover they also reiterated their commitment to work for development of Punjab Province in line with the vision of Prime Minister Imran Khan. According to details, both leaders agreed that the negative politics of opposition will be dealt with Public support. They said that the opposition should wait for the elections of 2023 rather than giving threats of protests. Governor Punjab Chaudhry Mohammad Sarwar said that we are taking Pakistan forward while opposition is halting the process of development.

He said that the PTI government is utilising all resources to resolve issues of the Public. In the meeting, Chief Minister Sardar Usman Buzdar said that the opposition is doing negative politics just to keep their name alive in politics but the opposition will not be successful. He said that under the leadership of Prime Minister Imran Khan we are bringing development and prosperity in Punjab.