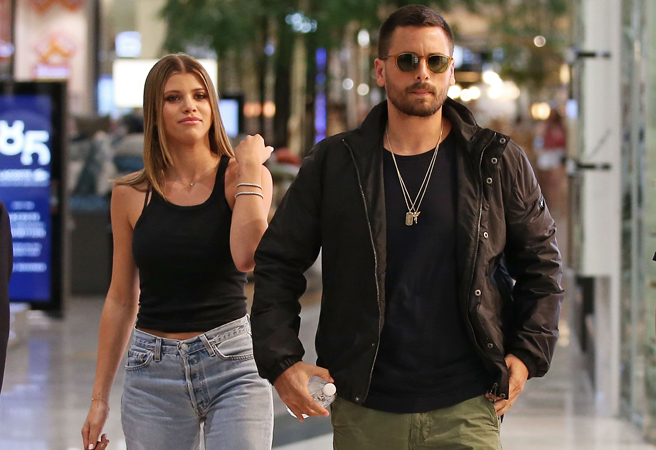 A short-lived reunion. E! News has learned that Scott Disick and Sofia Richie have officially broken up following their July reconciliation.

According to an E! News source, the Keeping Up With the Kardashians star and the 21-year-old model “have broken up for good.”

“They have been off and on for two months,” the insider told E!. “Sofia really pushed to make things work between them after they initially broke up, but Scott officially called it off recently and they are no longer speaking.”

As for why the twosome split? The source alleged that the couple’s age difference may’ve played a role in the breakup.

“Friends attributed their 15-year age difference becoming an issue,” the source continued. “He’s in a very much different place in his life, really focused on a more quiet lifestyle, his kids and his investment businesses. And Sofia, at 21 years, really still trying to figure what she wants to do which drove them apart over time.”

While the now former flames have broken up and reconciled in the past, it appears as though this relationship may really be over for good.

The insider adds, “Scott was very clear with his decision to end things and doesn’t see them getting back together again in the future.”

“Things haven’t been great between them. Scott’s been spending every day with Kourtney and the kids and has been vacationing with her,” an insider explained. “Things are always tense between Scott and Sofia when he goes away without her.”

Scott joined ex Kourtney Kardashian, who he shares three kids with, and other celeb friends for a getaway to Coeur d’Alene, Idaho.

Per this source, Scott’s been spending a “majority” of his time with Kourtney and the kids as family is his “main priority” right now.

About a month ago, E! reported that the Flip It Like Disick star and Lionel Richie’s daughter were “easing back into” their relationship. The duo reunited over the Fourth of July weekend for, what an insider described as, ” a casual lunch together in Malibu and a nice walk on the beach.” However, back in July, a source said Scott and Sofia were taking their relationship “day by day.” Scott and Sofia initially broke up back in May 2020 after three years together.