Charting the journey of Junaid Khan, the actor extraordinaire 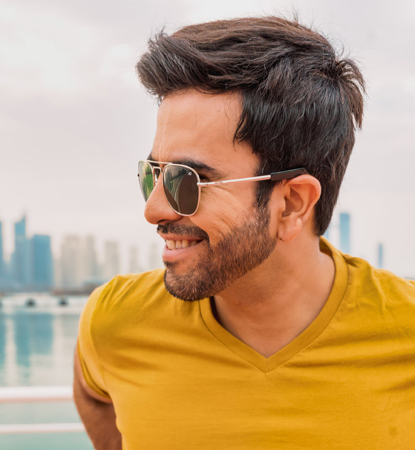 Before he ventured into acting, Junaid Khan had established himself as a musician. As the lead singer, he was the face of “Call the band.” While recognisability brings its advantages, the transition from a different field is never easy. You can be pigeonholed, and it’s easy for people to dismiss you.

However, Junaid Khan has done so seamlessly to his credit that some might now recognise him as an actor first. Given the heights he reached with Call, this just a testament to his versatility and range as an actor. Currently garnering rave reviews for his performance in two hit dramas ‘Kashf’ and ‘Kasak,’ today we chart his journey in the drama industry and look at some of his best performances. “Tumhari Mariam” was a milestone in the man’s career. His on-screen pairing with Ramsha Khan was lauded by fans and critics alike. Hasan has, in a way, become a reference point to Junaid Khan’s acting career. Another drama that made an impression on fans was ‘Khasara.’ A story of four-friends, Khasara offered something new and unique to the audiences. Again this points towards the amazing instincts Junaid Khan has for scripts and characters. The mark of all good actors.

On the other end of the spectrum is Wajdaan of Kashf. The serial is currently on air, so we don’t want to make any predictions for the future. However, until now, this is possibly Junaid Khan’s most calm and collected character. Despite hardships and failures, he is understanding and, in a way, supportive of his love. With ‘Kasak’ that recently went on-air, Junaid Khan has once again explored new territories. As his character unfolds in the drama, it is interesting to watch him tackle another challenging role.

However, Junaid Khan has done so seamlessly to his credit that some might now recognise him as an actor first

One of our particular favourites is “Yahan Pyar Nahe Hai.” Junaid Khan playing this slightly gullible husband, did a stellar job of it. Saeem was a difficult role, not particularly a crowd-pleaser, but Junaid Khan brought his own earnestness to it. The young actor adapted well to the demands of this character.

The same could perhaps be said about Sun Yaara. The conflicts, the love, the heartbreak, this drama had plenty of everything. Hence, all the actors had a lot of room to perform, and in the end, Junaid really stood out. With Silsalay, he was part of another serial, highlighting some of the problems within our family structure. It was really interesting how the young actor navigated through the different phases of this character. Ishq Tamasha is one of the most popular dramas, Junaid has been part of. As Mehrab, he became the heartbeat of the drama watching audiences, and its finale was one of the most anticipated episodes of recent times. Yaariyan was a story of lies and deceit. As Ahmer, the actor showcased how misreading the situation without knowing all the facts can impact the life of everyone involved. This character had a fair bit of rage in him.

There are just some of the dramas, Junaid Khan has excelled in. He has transitioned into this versatile actor who can make you laugh and cry. He can make you fall in love with him or hate him, and that is the magic of his performances.