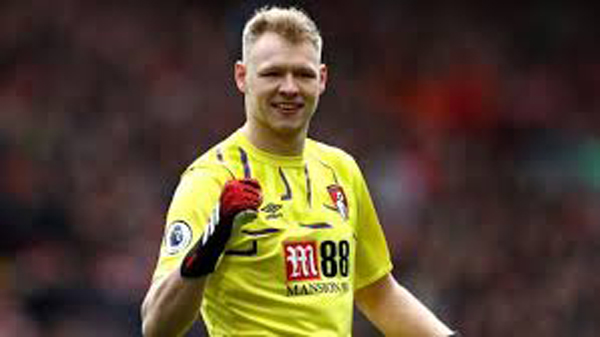 LONDON: Sheffield United have signed English goalkeeper Aaron Ramsdale from Bournemouth on a four-year contract, the Premier League club announced on Thursday. Financial details of the transfer were not disclosed but British media reported United paid Bournemouth 18.5 million pounds to bring Ramsdale back to Bramall Lane after his move to the south-coast club in 2017. Ramsdale, 22, made 37 appearances last season for Bournemouth, who were relegated to the second tier Championship on the final day of the campaign. “I’m very fortunate to be able to come back to a place I call home and I’m just excited to get going,” Ramsdale said in a statement. “It wasn’t an easy decision to leave Bournemouth, but when a club comes in for you, shows that faith it has and is willing to pay this sort of money then obviously I’ve got to do a lot to repay it.” Ramsdale will replace Dean Henderson who has returned to his parent club Manchester United after spending two seasons on loan at Sheffield United. “I will look back at the last two years as an important chapter in my career and more than anything, I’m grateful to have had the opportunity to learn and develop with such a class group of lads,” Henderson wrote on social media.