At least 17 dead as heavy rainfall lashes across Punjab

At least seven people were killed and seven others sustained injuries as heavy monsoon rains lashed Lahore and other parts of the province on Wednesday. 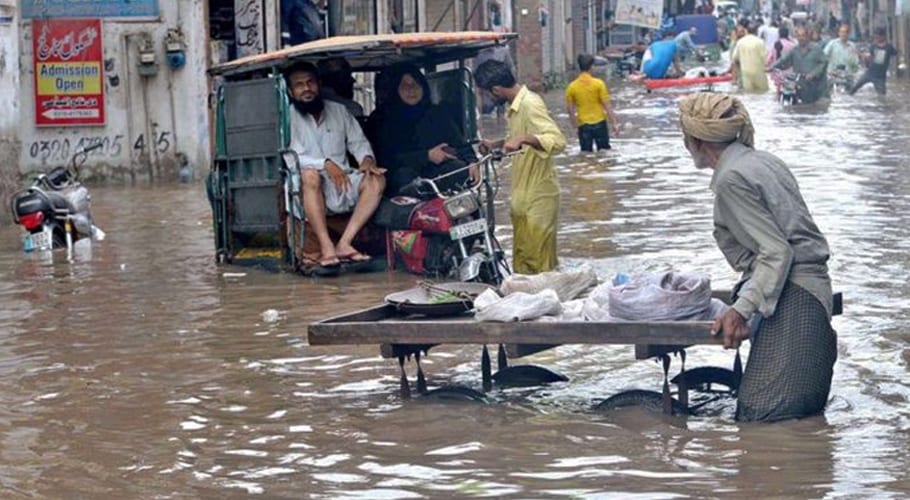 Heavy downpour in different areas inundated roads and streets in the provincial capital as commuters faced immense difficulties in carrying out their routines.

Several feeders of Lahore Electric Supply Company (LESCO) tripped due to heavy rain in Lahore plunging half of the city into darkness. Pakistan Meteorological Department has predicted more rainfall in the next 24 hours.

In Sheikhupura, nine people were buried under rubble when the roof of a house collapsed due to heavy rain in the Millian Kalan area of Mureed Road. A child and a woman were killed and seven others were injured in the incident.

Near the vicinity of a police station in Jaranwala, a person identified as Arshad died when the roof of his house collapsed.

Two people lost their lives in different incidents of electrocution in Faisalabad.

Chief Minister Punjab Usman Buzdar has taken notice and directed Water and Sanitation Agency (WASA) and local administration to immediately drain out rainwater from low-lying areas of Lahore. He warned authorities that no negligence would be tolerated and special arrangements should be ensured for smooth flow of traffic.