The Pakistan Army has paid tribute and remembered the sacrifice of martyred pilot officer Rashid Minhas on his 49th death anniversary. 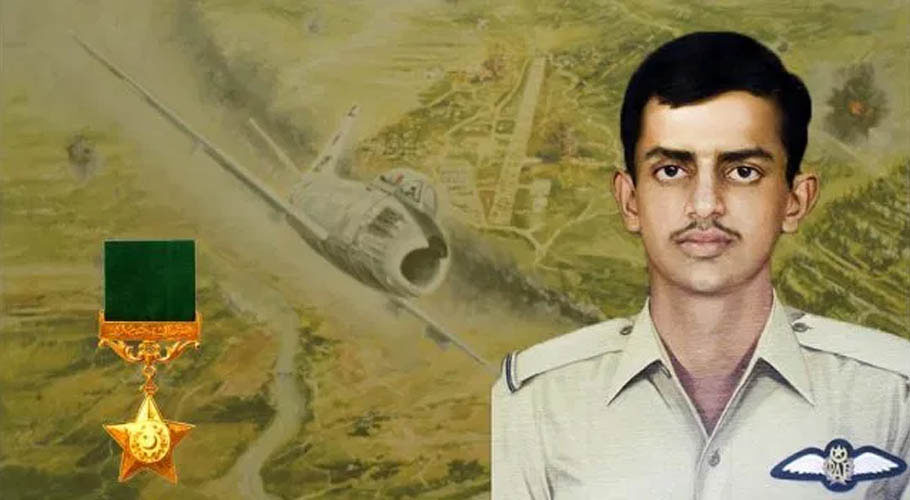 On August 20,1971, Rashid Minhas had been ready for his solo flight in a T-33 jet trainer – he had started his engines and had completed all the checks. While he was taxiing towards the runway, his instructor pilot signalled him to stop. Rashid had thought that his instructor pilot may have wanted to give him some last minute instruction and stopped the jet.

Seeing the chance, the instructor pilot had forced his way into the cockpit and took control of the flight. Rashid Minhas saw that the flight was directed towards India and informed the Masroor Control Tower that he was being hijacked.

Both men tried to take control of the flight and overpower one another. Around 51 km away from the Indian border, Rashid Minhas deliberately nose-dived the aircraft and crashed the jet near Thatta.

He was awarded the military’s highest honour Nishan-e-Haider posthumously for his bravery, becoming the youngest person in history and the only member of the Pakistan Air Force to be honoured with this award for his bravery.

Minhas was honoured as a national hero. In his memory, the Pakistan Air Force base at Kamra was renamed PAF Base Minhas. In Karachi. he was honoured by the naming of the ‘Rashid Minhas Road’.