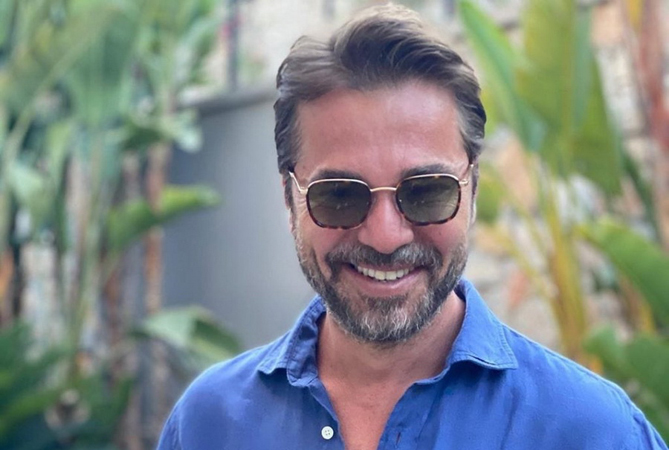 Pakistani superstar Humayun Saeed has praised Engin Altan Duzyatan aka Ertugrul for his acting in Dirilis: Ertugrul or Ertugrul Ghazi, saying that he watched all the seasons of Turkish historic drama series just because of him.

Talking to Engin Altan, who essays the titular role in the drama series, during the live session on Facebook, Humayun Saeed said, “I watched all episodes of Dirilis: Ertugrul and the main reason was your acting.”

The Pakistani star further said, “The way you performed your character, the way you fight and all your action scenes were very very good. I watched all episodes just because of you.”

The Jawani Phir Nahi Ani actor expressed hope that he and Engin would be meeting soon.

Engin Altan aka Ertugrul thanked Humyaun Saeed for his love and for watching the drama series.

Engin, who has won the hearts of Pakistani fans, fulfilled the most cherished desire of three Pakistani Make-A-Wish children by meeting them via a Facebook live session.

Pakistani superstar Humayun Saeed, Commissioner of Karachi and others were also present on the occasion.

Altan said, “I am very happy for this love from Pakistan.”