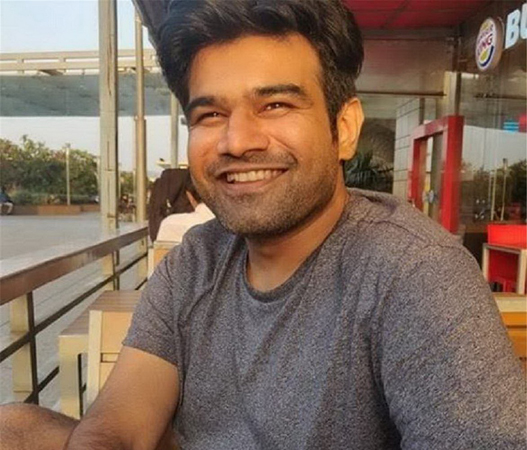 On an emotional note, Sahil said: “I’ll remember him as the guy who broke his promise. He had promised me that he would go on a bike ride with me. I don’t blame him. He was a busy man. He had a lot of people around him. But he made me buy a motorcycle! I’ll always feel my motorcycle as incomplete without that ride with him.”

Like the rest of Bollywood, Sahil welcomes a CBI probe into Sushant’s death because his very first reaction on hearing about the latter’s demise was that this couldn’t be a suicide. Sahil recalled that when the news of Sushant committing suicide on June 14 came out, he initially thought it was fake news.

“It came as a shock and for a good half an hour, I felt it was fake news. Even today if you ask me, did he do it, I would say no,” Sahil told IANS.

“I have actually seen a lot of people who are disturbed but Sushant was nowhere near. If he was, then he was good at hiding it but I don’t think anybody on this planet is so good at hiding so much. But then again, I am not an expert. In my opinion, I would say no. I didn’t see anything wrong with the guy,” said Sahil. Now with the Supreme Court ordering a CBI probe on Wednesday, he feels “very happy”.

“It is going to be investigated properly. My first reaction was that I don’t feel this is a suicide. He was not the kind of person who would do something like this. So I have always had questions in my heart,” said Sahil.

“It’s not just his family, friends and fans but also his co-actors who deserve a closure,” he added. Sahil met Sushant thanks to “Dil Bechara”, which turned out to be the latter’s last film.

“I was aware of his work. The first time I met him was at the Mukesh Chhabra casting company office where we did our first reading. I felt like he was a mirror image of me. Everybody felt that he was a mirror image of them. That’s an amazing quality to have — as an actor, being a person who can make other people feel comfortable,” he said. “He didn’t mind making a fool of himself to make another person smile. At the same time, he was not the kind of person who you would be taken for a ride. He was a correct balance of ‘don’t mess with me, you wanna be friends with me, I will be friends with you for all my life’ kind of a person,” Sahil summed up.