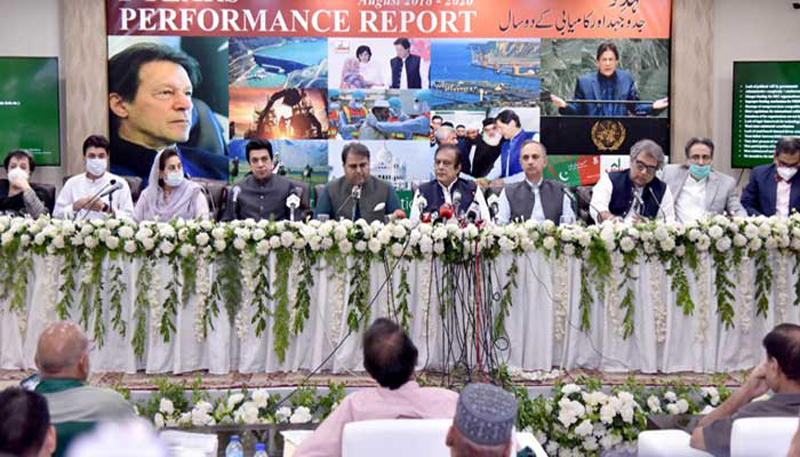 The federal government on Wednesday once again reiterated its resolve to continue crackdown against the ‘mafias’ in the country.

“Prime Minister Imran Khan had vowed not to spare the mafia when he took charge, and they will see no concession,” Minister for Information Shibli Faraz said at a media briefing in Islamabad held to overview performance of various ministries since PTI came into power two years ago.

Replying to the questions of media persons, Shibli Faraz said the sugar and flour mafias have their roots in the system and they have created artificial shortage of the commodities of daily use in the country. However, the government is determined to ensure their supply at affordable prices. He said the hoarders and profiteers took advantage of the coronavirus situation but the government ensured that the supply chain of daily use items is not disrupted. It is a fact that no political government can afford an increase in the prices of edible items like flour and sugar, adding that within a few weeks the issue will be settled.

To a question, he said the Pakistan Tehreek-e-Insaf is a party which is against the status quo. “The PTI government is promoting national interests instead of personal interests unlike its predecessors and that was why it had to take politically difficult decisions. The past rulers had appointed only those persons at key posts who became facilitators in their loot and plunder of national wealth, and ruining the national institutions,” he said. “While there is good news for the country all around, the opposition can only expect bad news,” he added.

The minister asked the media to project the achievements of the government and point out its deficiencies as a watchdog. “There is always room for improvement and the government is making efforts to improve its performance further,” he added.

Minister for Energy Omar Ayub Khan reiterated the firm resolve of PTI government to revamp the power sector by curtailing the circular debt and providing electricity to consumers on competitive rates. “We have brought down the per unit rate of electricity, which is being produced through renewable energy and solar resources, from 12.5/13 cent to 3.75 cent during the last two years,” he said.

He said the renewable and solar project, initiated by previous governments were costing around 12.5/13 cent per unit, while the projects, initiated by the incumbent government, had brought down the rate considerably. Under the new policy, he said, when the alternative and solar energy projects would be awarded through open and competitive bidding the rate will go further down and benefit the public.

The minister said the government has recently got approved a new Alternative Energy Policy from the Council of Common Interests (CCI) unanimously, under which 75 per cent of the country’s total electricity would be produced through indigenous resources by 2030. “Currently, almost 70 per cent energy-mix needs are met through costly imported fuel. We have to change it utilizing indigenous energy resources,” he said.

In line with the new policy, Omar Ayub said, Pakistan will bring in the technology and start production of renewable energy equipment like solar panels, wind turbines and blades. “Through transfer of this technology, Pakistani will not only become self-sufficient in production of renewable energy equipment but will also be able to export them to Central Asian and African countries,” he said.

Minister for Communications and Postal Services Murad Saeed said following the vision of Prime Minister Imran Khan, the ministry has adopted the policy of austerity, accountability, transparency and self-sufficiency. He said e-tendering, e-bidding and e-billing system has been introduced in the National Highway Authority (NHA) to improve the efficiency and ensure transparency.