272,128 patients recover from coronavirus in Pakistan 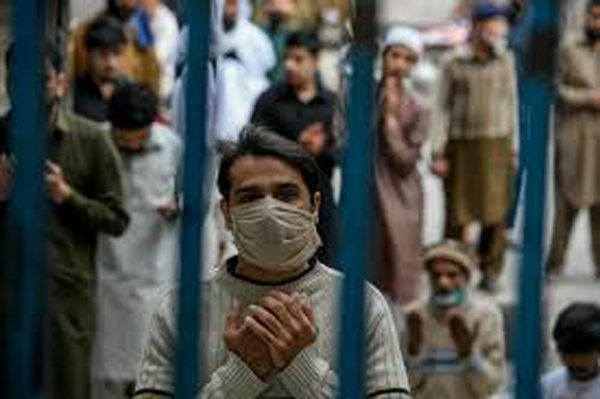 As many as 272,128 patients have been recovered from coronavirus in Pakistan. According to the latest statistics, the total active Covid-19 cases in the country are now 12,116. 613 new cases surfaced during the last twenty-four hours with eleven deaths reported. 22,859 tests were carried out during this period.

The rate of recovery of coronavirus infected patients in Balochistan has further improved, provincial health department said on Wednesday. Balochistan Health Department in a report said that 88 more patients of COVID-19 recovered on Tuesday.

Overall number of recovered patients has reached to 11,241 from total 12,370 cases, according to the report. Only eight percent active cases of coronavirus remaining in the province. The death rate of the patients in the province remained one percent of the total cases, the report said.

Balochistan government spokesman on Tuesday said that the tally of novel coronavirus cases seemed to be increasing in the province. Liaquat Shahwani in a press briefing here said that the pandemic was on a downward trajectory in the past one-and-half month. The doctors and disease experts have also expressed apprehension about a fresh wave of the disease, he said.

“In recent days 355 new cases of COVID-19 have been reported,” government spokesman said. In past six days the cases rate has reached to eight percent, while in previous 45 days the ratio of infections was at lower than five percent, Shahwani said.

He advised people to observe caution to be protected from the infection of novel coronavirus. He said 90 percent patients in Balochistan have recuperated and total 138 deaths reported from coronavirus disease

Sindh has recorded 317 new Covid-19 cases and six deaths, the Chief Minister’s House said in a statement. As many as 252 people have been marked as recovered over the past 24 hours, the statement added.

So far, Sindh has recorded 127,060 cases and 2,342 casualties. Punjab has reported 131 new Covid-19 cases, according to the government’s coronavirus portal, taking the provincial total to 95,742.

Balochistan also reported 33 new cases of the novel coronavirus, raising the provincial tally to 12,403. No new death was reported in the last 24 hours, according to the daily situation report issued by the provincial health department. The death toll stands at 139.

Also, Balochistan National Party (BNP-M) President Sardar Akhtar Mengal has tested positive for the coronavirus, he announced on Twitter. “I request everyone who has interacted with me to get tested immediately,” he said.

The number of coronavirus cases across the world has crossed twenty two million while the pandemic has claimed more than 777,000 lives so far.

More than fourteen point seven million patients have recovered from the disease across the world. The United States is the worse hit, where cases have mounted over five point six million and death toll reached over 173,000.