Opposition should support legislation that is in country’s interest: Sarwar 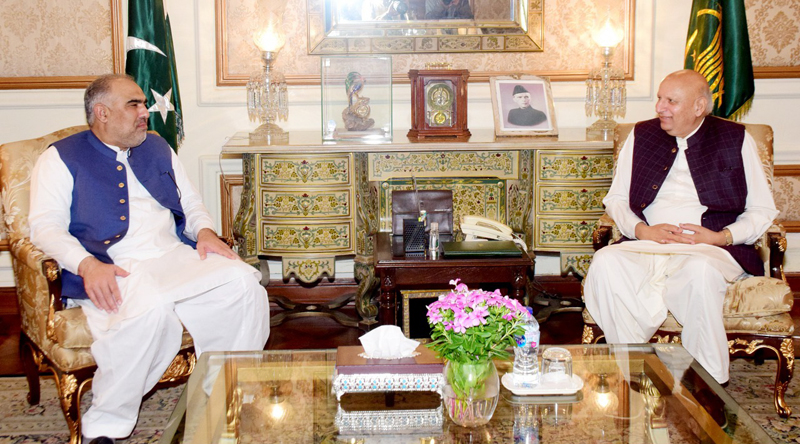 Whilst talking in the meeting with Speaker National Assembly, Governor Punjab Chaudhry Mohammad Sarwar said that the Government believes in strengthening of all institutions including the Parliament. He said that strong institutions will lead to progress and development of Pakistan. Pakistan’s global image is improving and the opposition should support legislation that is in the interest of Pakistanis. Governor Punjab said that under the leadership of Prime Minister Imran Khan, the government is taking difficult decisions. Programmes like Ehsas are directly aimed at uplifting the poor and deserving. He said that Pakistan is moving forward on the road of development.

During meeting with the Provincial Information Minister, Governor Punjab Chaudhry Mohammad Sarwar said that the government has successfully completed two years and we will complete our term. He said that no one can point fingers at the honesty of our Prime Minister Imran Khan. People who are trying to spread unrest in the country will only fail miserably. He said that the PTI government will not compromise on the supremacy of law and order. For the first time in history, Pakistan is improving on many fronts including the economy. Governor Punjab said that our government is taking practical steps to provide relief to the weak sections of society. Our policies are successfully yielding results in overcoming the various challenges that Pakistan is facing today. Pakistan is being recognised globally on diplomatic and economic fronts. Moody’s and Fitch have affirmed Pakistan’s rating as stable.

Speaker National Assembly Asad Qaisar said that all members of Parliament have an equal chance to speak. He said that all political parties should play a positive role in dealing with challenges that Pakistan is facing today. It is our collective responsibility to counter enemies of Pakistan.Provincial Information Minister Fayyaz ul Hassan Chohan said that Prime Minister Imran Khan is the only leader who can steer Pakistan out of crisis. He said that the PTI government has saved Pakistan from bankruptcy with strategic economic policies. Naya Pakistan Housing Scheme and Ehsas Programme are the testimony of our government’s public friendly policies. He said that the PTI government has full support of the public.