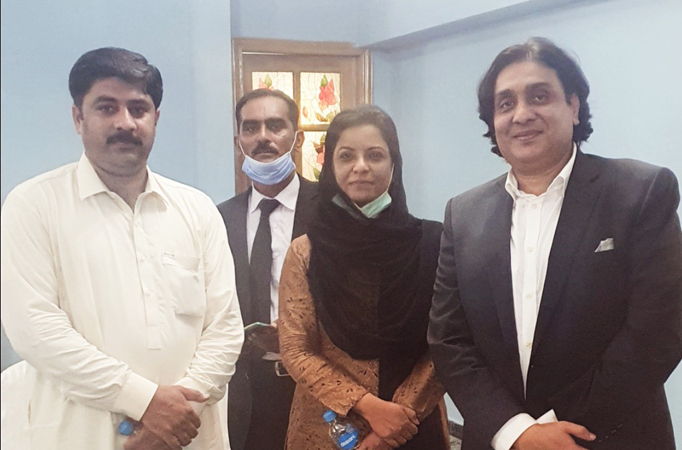 Gujranwala, People’s Party is the sole one which gives conscious to people. We have made Pakistan an experienced land since 73 years. These thoughts are expressed by Pakistan People’s Party central secretary of information Nafeesa Shah while meeting with city secretary of information Sagheer Butt. At this point, deputy secretary of formation of People’s Party Punjab Barrister Amir Hassan was also there. Nafeesa added that information secretary has a significant role in any political party. You must perform your duties effeciently, and deliver your party with aim and agenda to public. Moreover, peoples party is a public party, which has made policies only in accordance with real public issues, so that lay man can reap full benefits from them.

While criticising recent government, she said, government has ignored the public issues and made specific group- oriented policies. Owing to this, country is facing the storm of dareness. Incombent niazi has put the example of nepotism. Ministers are busy in corruption. In two years, mega scandals of every minister has uncovered, and prime minister did not open his mouth. Information secretaries of people’s party must give awareness to public on issue; which are mainly due to incompetency and ignorance of government’ and focus on solution oriented policies.